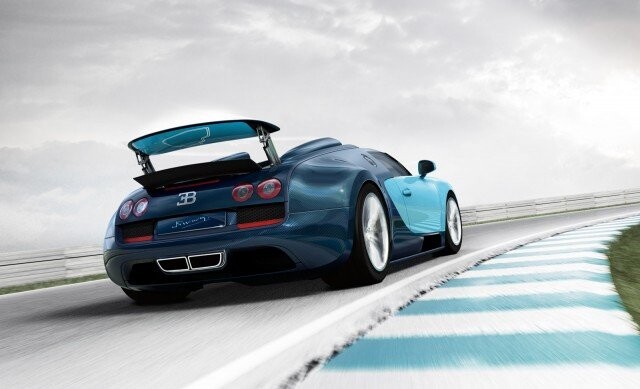 French supercar maker Bugatti has unveiled images of the first of six special editions of its Veyron Grand Sport Vitesse model, each celebrating the lives of an iconic figure from the brand’s decorated past.

Limited to just three units, the Jean-Pierre Wimille edition is a tribute to the eponymous Frech racing driver and two-time winner of the 24 Heures du Mans endurance race with Bugatti in 1937 and 1939.

In honour of Wimille’s Bugatti 57G Tank, the special edition car has been painted in similar shades of blue, including the interior.

The Jean-Pierre Wimille edition will make its official debut at the Pebble Beach Concours d’Elegance taking place next week in California, while the other five new “Bugatti Legends” will be unveiled over the coming 12 months.