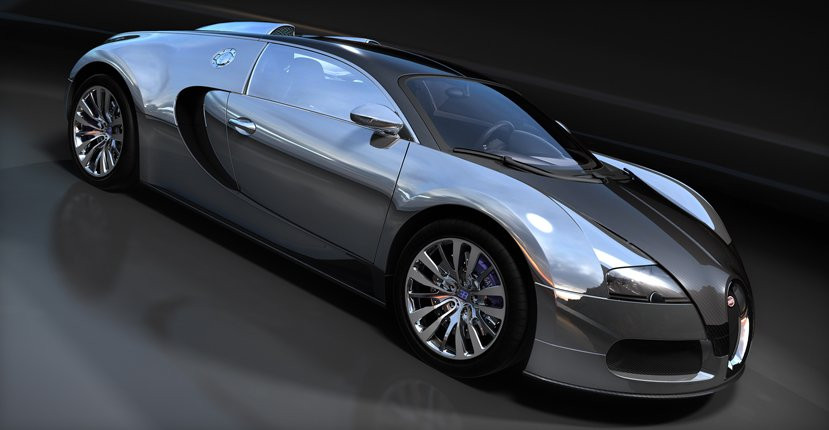 Having sold out within 24 hours of its launch, the extremely exclusive Bugatti Veyron Pur Sang has finally re-surfaced for sale.

A premium car dealership in Abu Dhabi posted one up for sale in April 2009, followed by another a few weeks later in Frankfurt, Germany and then a third appeared on online luxury marketplace JamesList for sale in Munich.

A fourth has now appeared at Forza Collezione, an exotic auto dealer in Florida, USA. The supercar is believed to be the very first Pur Sang ever built and carries a price tag of US$3.8 million, a hefty mark-up on the original sale price.

The Bugatti Veyron Pur Sang is a standard-issue Bugatti only stripped of all its paint. It boasts an understated two-tone material finish; raw shiny metal in carbon and aluminium.

All five of the one-time-only run were snapped up by European buyers and international buyers have had to wait almost two years for another chance at owning one of these prestigious vehicles.

The Bugatti Veyron series is limited to a lifetime run of only 300, and the five Pur Sang models are guaranteed to be among some of the most exclusive models ever.

"The Pur Sang is a Bugatti stripped of all its paint; boasting a two-tone material finish; raw shiny metal in carbon and aluminium."

"The Pur Sang is a Bugatti stripped of all its paint; boasting a two-tone material finish; raw shiny metal in carbon and aluminium."