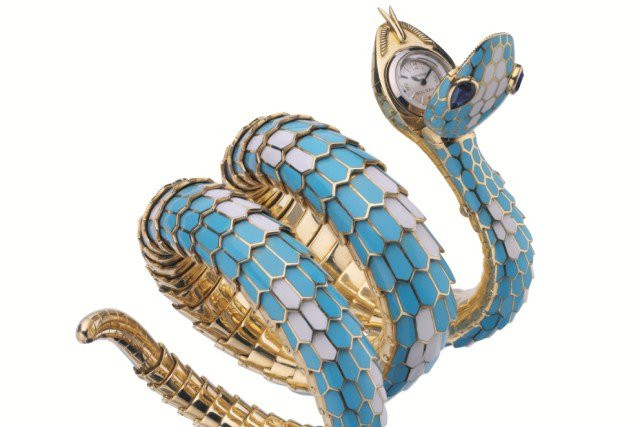 Bulgari is celebrating one of its most ionic motifs, the snake, with an exhibition in the Italian capital of Rome.

Titled “SerpentiForm” the exhibition, which has been organised in collaboration with the city’s cultural heritage organisations, highlights how the symbol of the snake inspired several artists through the centuries.

Organized in the rooms of the Neoclassical Palazzo Braschi, “SerpentiForm” collects together a range of ancient jewels, vintage dresses and costumes, as well as works by a range of artists and photographers, including Keith Haring, Niki de Saint Phalle, Alexander Calder, Paul Klee and Helmut Newton.

A special section of the exhibition is dedicated to the costumes worn by legendary Hollywood actress Elizabeth Taylor in the 1963 film “Cleopatra.”

To coincide with the opening of the exhibition, Bulgari is also releasing “Serpent in Art,” a book illustrating how international artists interpreted the motif of the snake from the end of the 19th century up to today, along with the original sketches of Bulgari’s Serpenti creations.