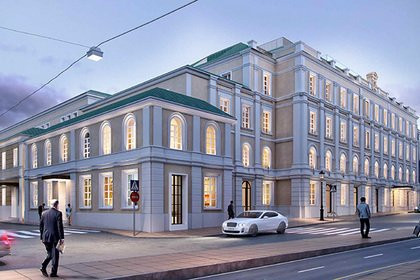 Iconic Italian jeweller Bulgari has is to build its first hotel in Russia, the brand has announced.

The announcement, which confirmed that Bulgari will team up with the Russian property investor Alexei Bogachev to develop the hotel, came a day after opening its second Russian store.

The hotel, which is slated to open in 2019, will become the seventh hotel under the Bulgari brand. Besides the existing hotels in Milan, London, and Bali, three further Bulgari hotels are due to open in Shanghai, Beijing, and Dubai in 2017.

Mr Bogachev, who also invests in agriculture and owns around 4 per cent of shares in Russia’s top retailer Magnit, said he would invest around US$200 million in the Moscow hotel which will be operated by Marriott International.

Founded by Sotirios Voulgaris in 1884, Bulgari has grown to become one of the world’s most famous fashion and jewellery brands.

In 2001, Bulgari Hotels & Resorts was formed as part of a joint venture between Marriott International and Bulgari.