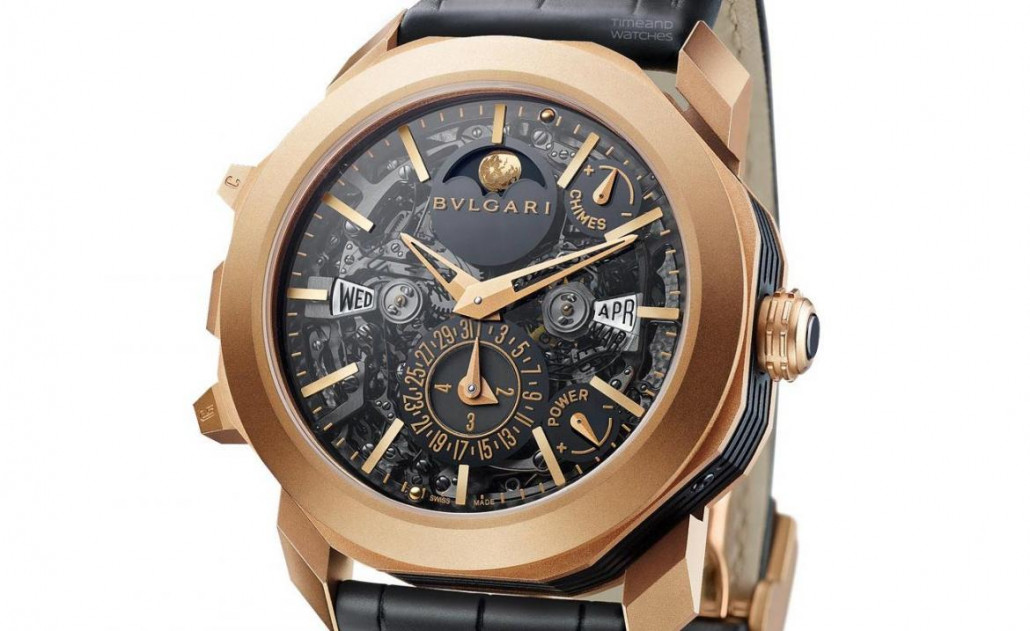 Bulgari Unveils its Most Complicated Watch Ever

Italian luxury fashion and jewellery house Bulgari has designed what is being touted as the brand’s most complicated ever timepieces.

Called the Octo Grande Sonnerie Perpetual Calendar, the one-of-a-kind watch was first unveiled in Rome back in July and has already been sold for an undisclosed sum, reportedly to a collector in Asia.

The watch brings together the complications of a tourbillon, minute repeater, petite and grande sonnerie, perpetual calendar, moonphases, and GMT functionality in a single timepiece.

It comes with a 44mm sandblasted 18-karat rose-gold case with a transparent caseback, which encloses a total of 976 parts.

It is powered by the in-house automatic caliber BVL 5307 sounds the hours, quarter-hours and minutes on demand, and offers a power reserve of 48 hours for the movement and 28 hours for the striking system.

Other notable features include a black alligator strap with an 18-karat rose-gold sandblasted folding clasp.