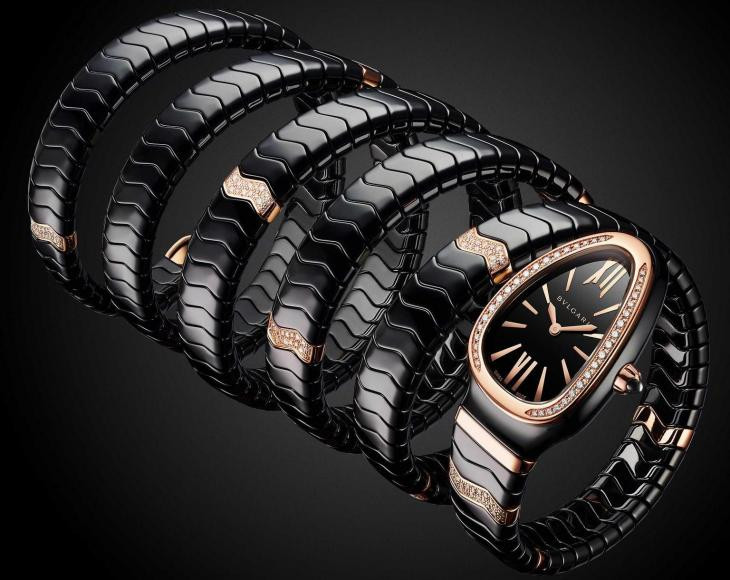 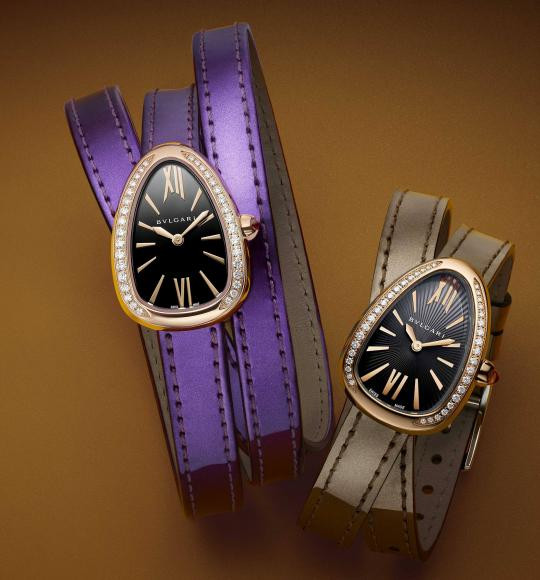 When it comes to creating eye-catchingly beautiful watches in the style of haute joaillerie, Italian fashion brand Bulgari have few rivals.

Central to many of their high-end jewellery pieces over the years has been the distinctive symbol of the serpent, and it is the mythological creature that has served as the inspiration for its latest creation.

Bulgari have added to their elaborate collection of Serpenti watches that incorporate diamonds, precious metals and gems and creative designs a new watch called the Serpenti Misteriosi, which is based on the mythological amphisbaena – a snake with two heads, one at each end.

The piece is made from 18-karat white gold and is covered with lavish diamonds. Of its two heads, one conceals within its mouth a watch with hour and minute functions.

There pave diamonds on the body and the snake also boasts four emerald eyes. On both heads are small designs created from diamonds and emeralds.

As for its technical details, the watch is powered by a Bulgari B033 quartz movement, though this feels like something of an afterthought in light of its stunning appearance.