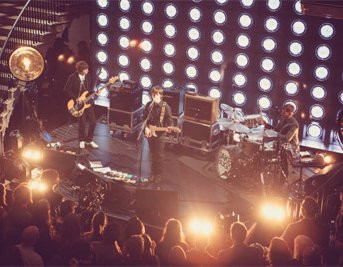 The flagship Burberry store on London’s Regent Street held its first ever music concert last week, reinforcing its image as one of the world's most innovative and technologically advanced retail spaces.

The London flagship store became the largest Burberry outlet in the world when it opened in September 2012, billed as a “walk-in website” and featuring a host of high-tech functions designed to increase customer engagement and show off the brand’s heritage.

Notable features in the store include 100 large screens – including the tallest indoor retail screen in the world – and 500 speakers, as well as virtual rain showers and mirrors that transform into runways.

At the time of the store opening Burberry announced that it would host established and emerging talent in music, film, theatre and art.

Burberry was founded by Thomas Burberry in Basingstoke, England in 1856.