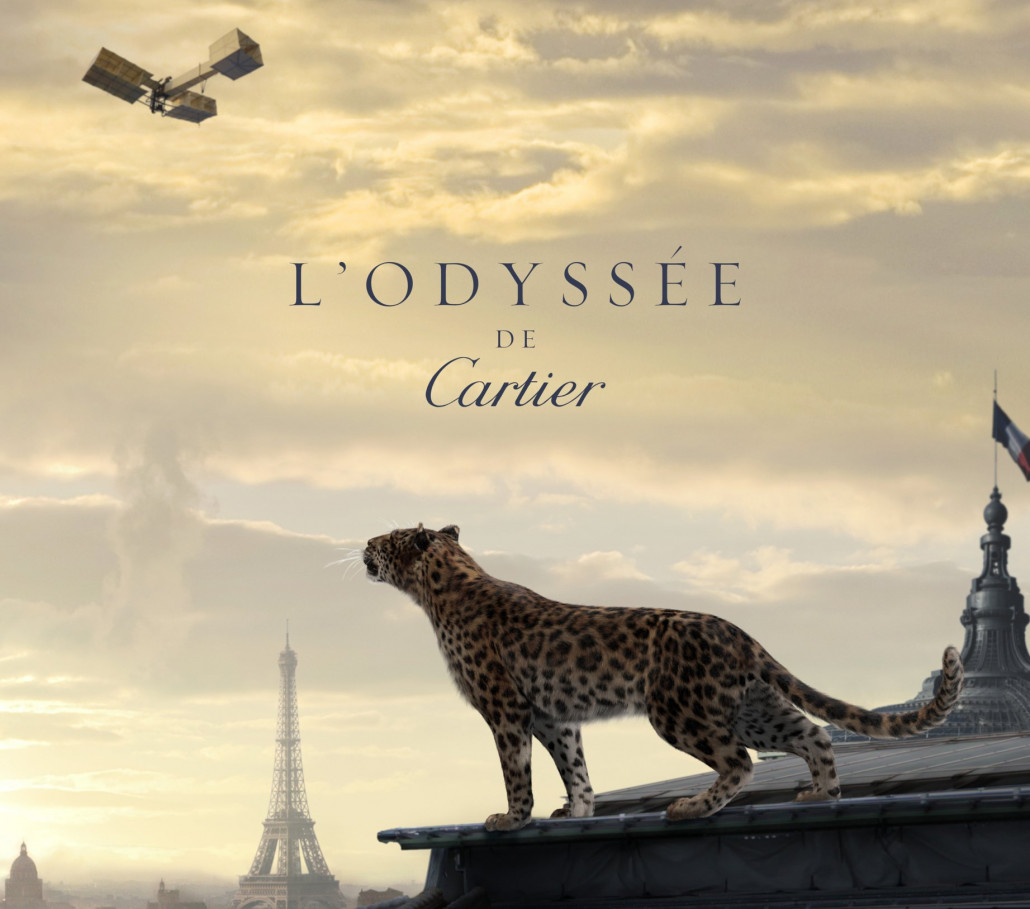 Iconic French jewellery house Cartier have launched a short film that takes viewers on a magical journey through the brand’s rich 165 year history.

The film, named “L’Odyssee de Cartier”, tells the story of Cartier’s unique history from its beginnings as the jeweller-of-choice for European royalty to its modern-day status as a truly global brand.

It offers a glimpse into an imaginary world inhabited by Cartier’s designs, under the watchful gaze of its familiar muse, “La Panthere” (The Panther). The film features many of Cartier’s most enduring designs, including the “Tutti Frutti” style jewellery of the Maharajas, and the Santos watch, the first modern watch designed to be worn on the wrist.

The score for “L’Odyssee de Cartier,” which was composed and arranged by renowned orchestrator Pierre Adenot, was recorded at London‘s legendary Abbey Road studios. Supermodel Shalom Harlow portrays the “Lady in the Mansion” and modern-day muse, embodying the spirit of the Cartier woman.

“The Panther in the film is the ultimate emblem of Cartier’s jewelry expertise and a symbol of strength and freedom,” said Emmanuel Perrin, President and CEO of Cartier North America.

“Regal and charming, she is aware of the world around her and follows her instinct with a sharp emerald eye, ready to pounce and enjoy life to the fullest.”

The film was screened for the first time at a special premiere hosted by Cartier at The Metropolitan Museum of Art in New York last month. It was also presented in 15 cities around the world, including Paris, Milan, Munich, Beijing, Seoul, Moscow, Dubai and Rio de Janeiro.

It will be broadcast to the public on TV and in cinemas around the world over the coming months.