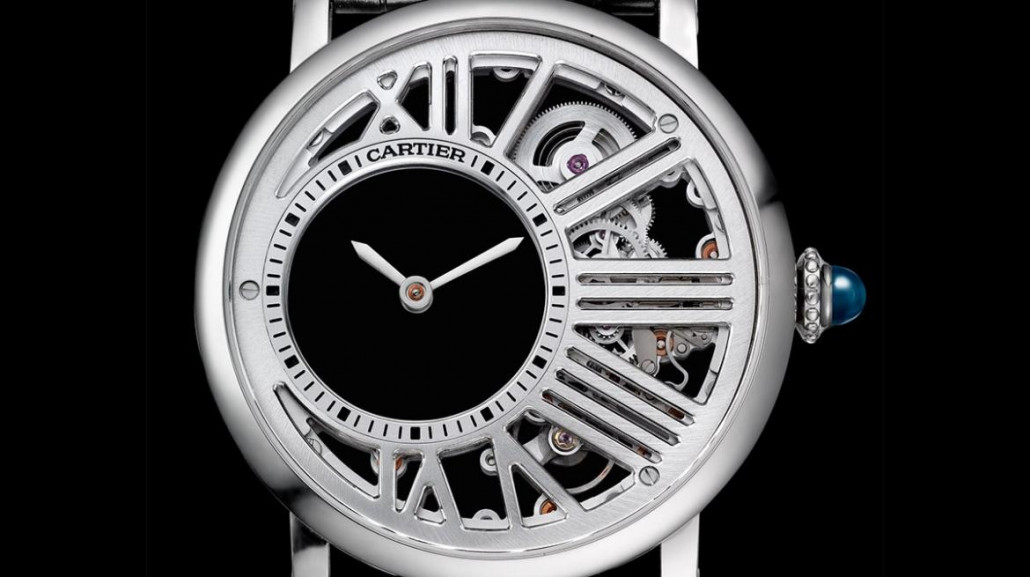 Among the new range is the Cartier Rotonde De Cartier Mysterious Hour Skeleton Watch, which boasts a variation of the mystery clock design for which Cartier is renowned.

The watch uses the brand’s Rotonde de Cartier design framework, which shows off an innovative and meticulously worked skeletonization contained within a 42mm palladium case.

It is powered by Cartier’s caliber 9983 MC hand-wound movement which users can catch glimpses of through the metal roman numerals that indicate the watch’s indices.

The sub-dial is made up of two small sapphire discs with fitted white hands and the hands give the striking impression of being unconnected to the movement, while other notable features include a cabochon sapphire crown a black leather strap.

Founded by Louis-François Cartier in Paris in 1847, Cartier has grown to become one of the world’s most illustrious luxury brands.

The company has a long history of sales to royalty and celebrities. King Edward VII of England referred to Cartier as "the jeweller of kings and the king of jewellers”.