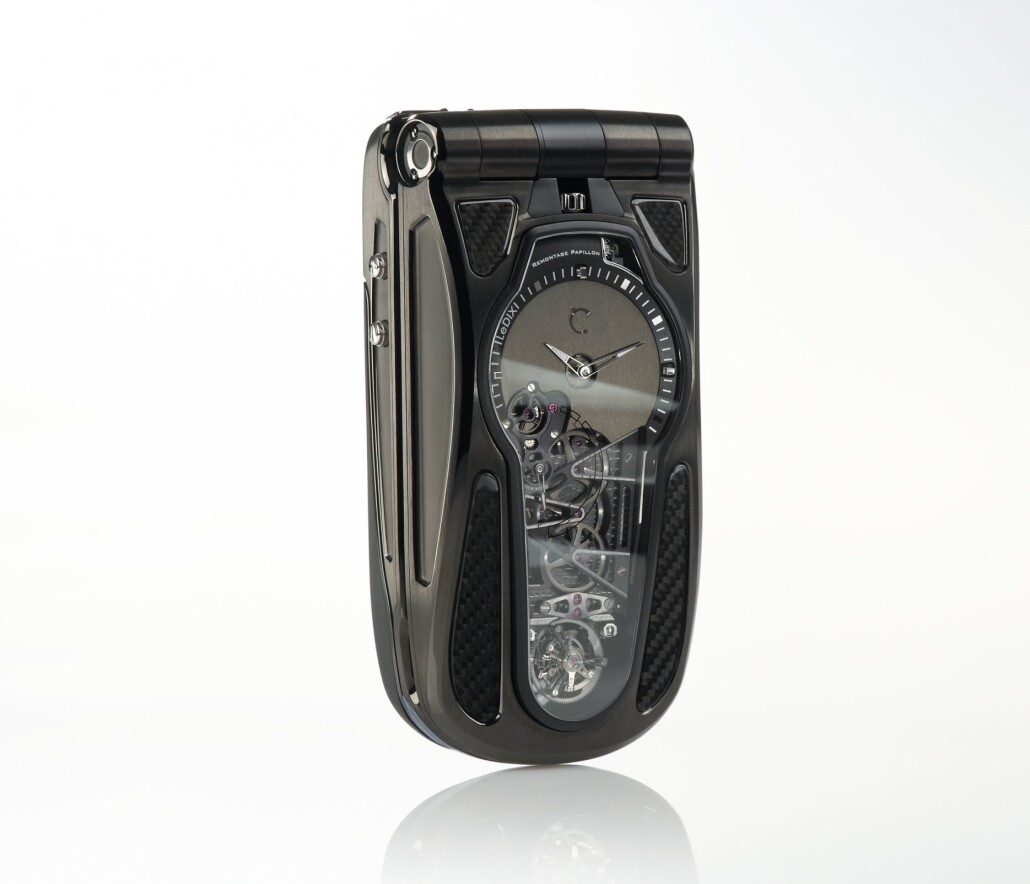 Priced at €250,000 and limited to just 32 pieces, the LeDIX Furtif is the second in the exclusive company's line of quasi-mechanical watch phones.

Unveiled at last month’s BaselWorld watch fair in Switzerland, it features a carbon fibre body and a 3.2-megapixel camera on its back.

The Furtif also has what is billed as "the world's most off-centered flying tourbillon," a complex mechanism used to make sure a watch stays accurate when held in various positions. Flipping the phone open or closed winds the watch, although it doesn't yet recharge the phone.

Following the Furtif, Celsius will make 84 units of another model – the Optic – which will bury a date display deep within the workings of the watch/phone and project it onto the side of the phone using a thick optic fibre.

Celsius says that its eventual goal is to, one by one, replace the electronic parts of a mobile-phone with mechanical ones.

The first Celsius product to truly mechanize an electronic function is set to arrive in 2013, when the company aims to develop a phone that recharges itself based on actions such as flipping it open and closed.