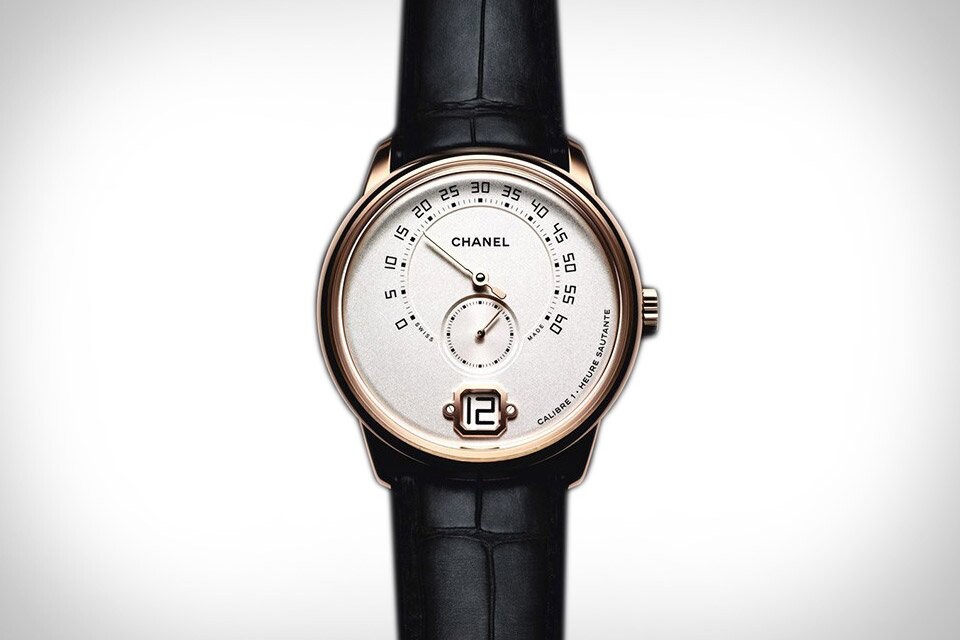 The concept, the movement and the case of the new Monsieur watch had to be developed from scratch.

After five years of development, the movement takes the form of the manually-wound Calibre 1, in which the complications (in this case large digital hour at 6 o’clock, retrograde minutes at 12 o’clock and off-centre small seconds display) are all integrated directly.

Housed within a 40mm case, the watch’s complications feature twin barrels for a 72-hour power reserve.

According to Chanel, only 300 individually numbered Calibre 1 movements will be produced this year, of which half will equip the Monsieur in the brand’s characteristic beige gold and half will be allocated to a white gold model.

In February, a new report into luxury brands showed that Chanel is leading the way when it comes to social media, with the brand coming up most frequently over 80 countries and 700 social media posts across luxury, watches and commerce.