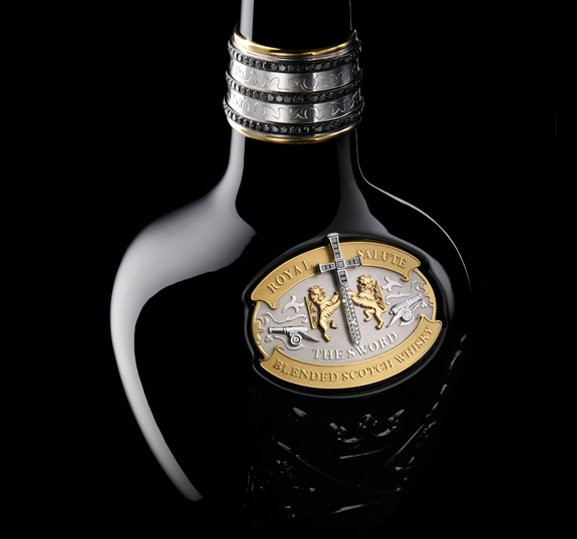 Chivas Brothers, the Scotch whisky and premium gin makers, have created a new blend in homage to the The Honours of Scotland – the oldest crown jewels on the British Isles.

The ‘Tribute to Honour’ blend is a new addition to the company’s Royal Salute whisky range, and has been sampled only by its creator, the Master Blender Colin Scott. Just 21 bottles of Tribute to Honour have been created to mark Mr Scott’s 21 years of service.

The blend’s rare and finest-aged whiskies – all at least 45 years old – were selected from the Royal Salute Vault at the Strathisla distillery in northeast Scotland. They come presented in a bejeweled bottle, dressed in diamonds and gold from the Garrard jewellery brand.

Mr Scott said: “Chivas Brothers has a phenomenal archive of high-aged whiskies, some of which, after decades of careful maturation, have acquired a rich intensity and deep concentration of sumptuous characters.

“It is these very few whiskies which I have personally selected to compose Tribute To Honour – this opulent and rarest of blends.”

Each flagon of Royal Salute Tribute to Honour will be available from September 2011. The bottles are individually numbered and priced at £124,000 ($200,000).