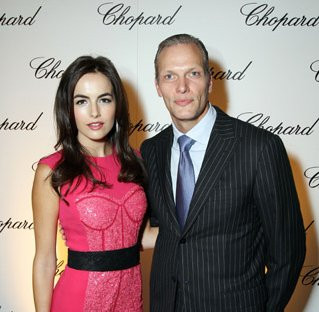 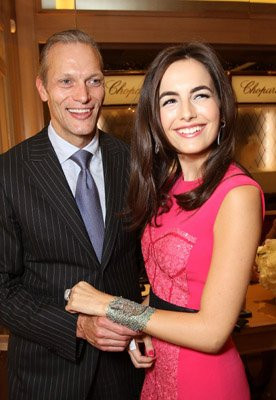 Hosted by USA President and CEO Marc Hruschka and Henry and Elizabeth Segerstrom, owners of South Coast Plaza – a prestigious shopping mall in which the Chopard boutique is housed – the evening gala allowed for early shopping and private tours for a small number of VIP customers and the media.

The event drew a star-studded crowd, including actress Camilla Belle and singer Nadine Coyle. Music by DJ Mia Moretti and electric violinist Caitlin Moe provided the soundtrack for the night.

The renovation, which has doubled the size of the Costa Mesa location, was inspired by the previous re-design of Chopard’s flagship store in New York. It will be followed next year by re-openings of its locations in Bal Harbour, Florida; Geneva, Switzerland; Cannes, France; and Madrid, Spain.

As well as celebrating the boutique re-opening, last week’s event also marked the beginning of a week-long programme to benefit the local arts community in which Chopard is donating 20 per cent of all sales to the Philharmonic Society of Orange County.

Last year Chopard celebrated its 150th anniversary. The Swiss company was founded in 1860 by Louis-Ulysse Chopard.