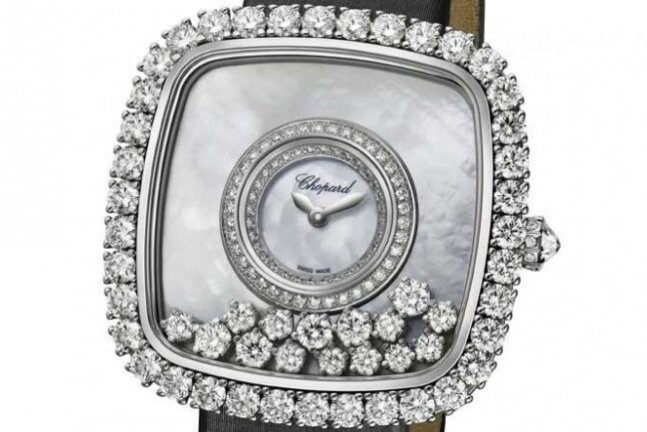 First created in the 1970s after Chopard designer Ronald Kurowski was inspired by the sight of droplets glinting in the sun at a waterfall, the new incarnation marks the 40th anniversary since the original was launched.

The watch features a cushion shaped case whose dial is encircled by prong set diamonds, while, diamonds move freely across the textured mother-of-pearl dial.

Othr notable features include a mini-subdial nestled in the centre of the dial, bearing its own halo of tiny diamonds.

Founded by Louis-Ulysse Chopard in 1860, Chopard has grown to become one of the world’s most renowned luxury brands.

As of 2014, Chopard’s watches are offered in six product families – one of which is Happy Diamonds.