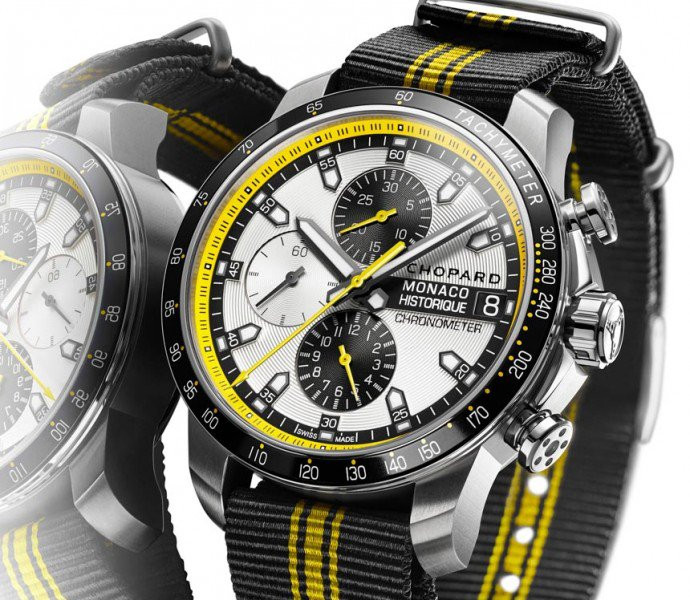 Swiss luxury jewellery house Chopard has created the latest in their long line of watches inspired by the Monaco Grand Prix.

The new addition to the Monaco Grand Prix Historique Series – the seventh model of the series, which first launched in 2002, is billed as featuring a number of enhancements from its predecessors.

The 2014 edition has been reshaped with more dynamic lines, whilst its titanium case has increased in size by 2mm as well as being given a distinctive beadblasted finish.

On the chronograph’s dial, the horizontal racing stripes on matte dial and homogenous chrono subs have been replaced by snailed silver-tone dial with circular grooving.

Founded by Louis-Ulysse Chopard in 1860, Chopard has grown to become one of the world’s most famous watch and jewellery brands.