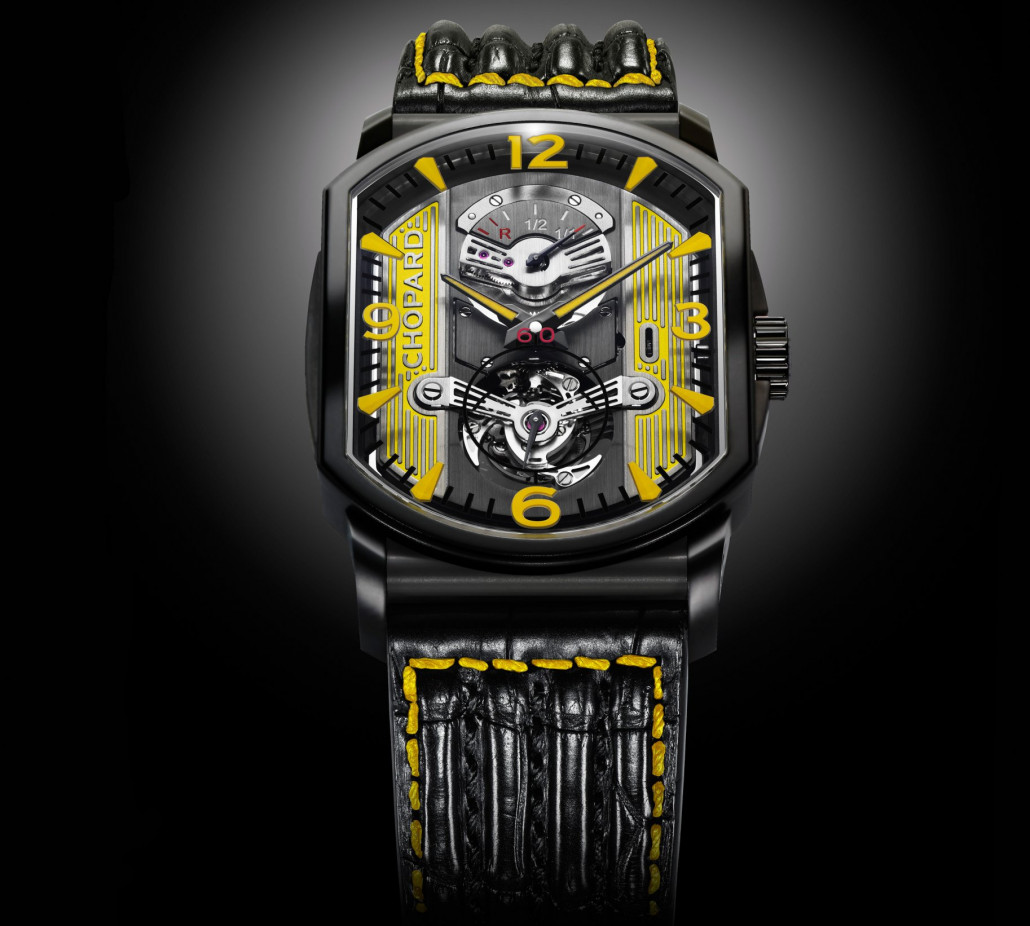 Luxury watch-maker Chopard has unveiled a special edition of its motorsports-inspired Only Watch L.U.C Engine One Tourbillon.

Originally launched to celebrate the brand’s 150th anniversary last year, the range, which boast a dial resembling the top of a car engine, has now been augmented by a black and yellow toned model, powered by an L.U.C Calibre 1TRM ‘motor’.

Featuring a look similar to an engine block, the watch is mounted on silent-blocks with a mechanical hand-wound tourbillon movement that was exclusively designed, developed, and built by Chopard.

The mechanical hand-wound tourbillon movement beats at a cadence of 28,800 vibrations per hour while driving displays of the hours, minutes, seconds. It also has a power reserve that lasts for about 60 hours.

The engine block on the face of the watch features the Chopard signature while the DLC titanium case features alternating matte and polished finishes and is water-resistant of up to 50 meters.

Founded in 1860. Chopard has grown to become one of the most distinguished watch-makers in the word.