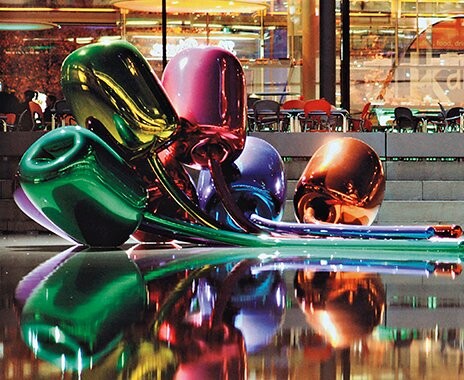 A contemporary art sale held by auction house Christie’s is anticipated to raise more than $440 million when it takes place in New York this week.

Last Spring Christie’s scored a landmark postwar sales total of $386 million - including $87 million for a Rothko painting – but the upcoming auction is expected to top even that impressive figure.

Present at the event as sellers will also be several high-profile collectors, including TV producer Douglas S. Cramer who will be selling works by Ellsworth Kelly and Jasper Johns, and hedge-funder Steven A. Cohen who will be offering a 1983 Richter abstraction, “Prag 1883.”

One of the world’s biggest and most prestigious auction houses, Christie’s has already reaped $928 million from its sale of contemporary art so far this year.

The auction will take place on November 14-15.