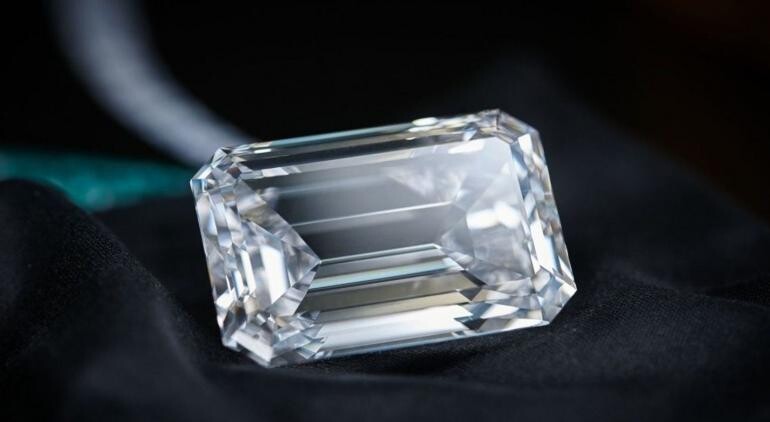 An upcoming Christie’s auction could yield a world record price for a necklace when it goes under the hammer in Geneva this month.

Housing what is said to be world’s largest flawless diamond, boasting some 163.41 karats, the necklace was designed by Swiss jeweller De Grisogono and will be sold at the Magnificent Jewels auction at the Four Seasons Hotel des Bergues.

The auction house estimates that the necklace will sell for more than $30 million, which could make it the most expensive necklace ever sold

A total of eighteen emerald-cut diamonds adorn one side of the necklace, while emeralds decorate the other. Its centerpiece is the colourless diamond: a D color, IIA type diamond — the rarest and most valuable kind.

"It goes perfectly — the main stone with the necklace, it looks like just a beautiful piece," said Fawaz Gruosi, the founder of de Grisogono.

According to Christie's, the emeralds are a key part of Gruosi's collections because he believes that green symbolizes good luck. It took a team of 14 craftsmen working for over 1,700 hours to create the masterpiece.

"It's 50 carats larger than the last one of its kind," said Rahul Kadakia, international head of jewellery at Christie's. "It's completely flawless."

The necklace is being sold as part of a partnership between Christie's and de Grisogono called "The Art of de GRISOGONO."