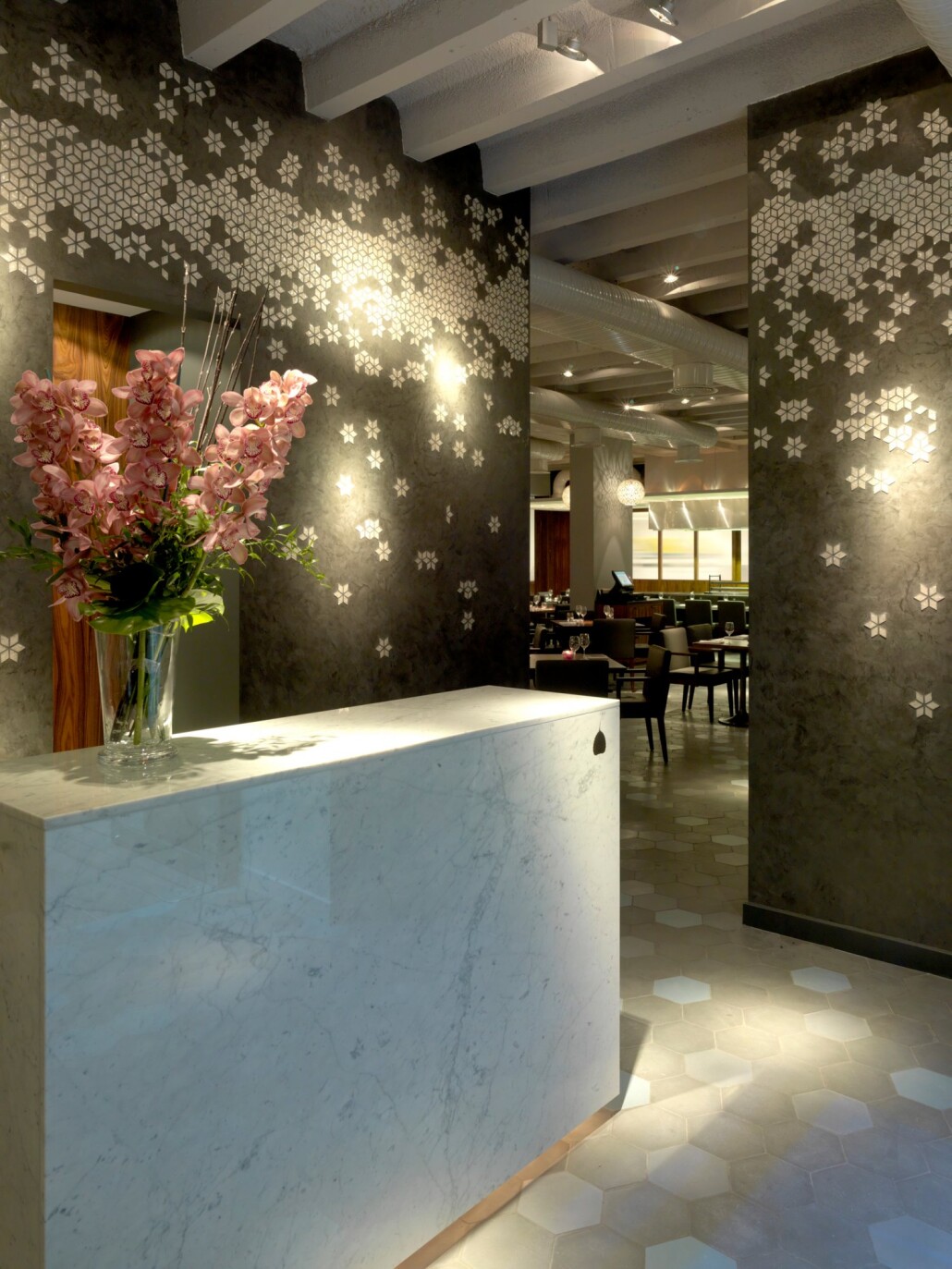 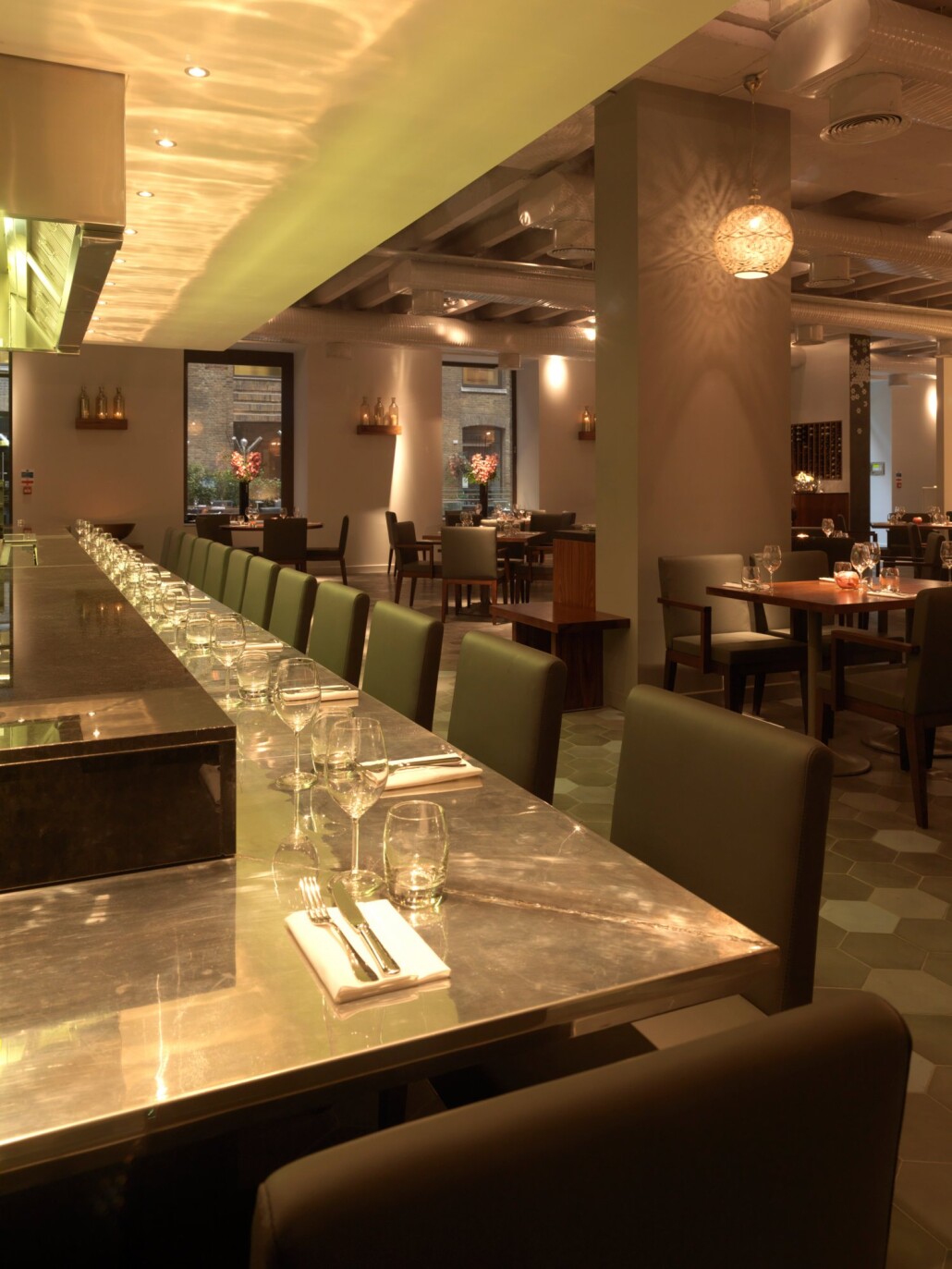 Situated in the heart of London’s financial district, Cinnamon Kitchen arrived on the city’s gastronomic landscape in 2008 to a fanfare of expectation.

The excitement was due to the restaurant’s affiliation with The Cinnamon Club in Westminster, renowned for its innovative, Michelin-star winning Indian cuisine, but also its high-powered clientele that regularly makes the short hop from the nearby House of Commons.

Cinnamon Kitchen is billed as offering an alternative dining experience; more relaxed and informal than its celebrated sister-venue but with the same brilliant minds (if not hands) behind the food. As we were to discover, the Cinnamon team, headed by executive chef Vivek Singh, have come up trumps once again with their inventive European twist on Indian cuisine.

Situated a short walk from Liverpool Street station, fittingly occupying the former spice house of London's historic East India Company, the restaurant looks out onto an attractive courtyard, which on the occasion of our visit was unoccupied due to the seasonal London weather. Inside the spacious entrance, friendly front of house staff offered us the choice of either taking our table straight away or enjoying a drink in the adjoining and ultra-swanky cocktail bar, Anise.

Opting for the former, we were shown into the vast dining area to discover a stylish mix of intricate lampshades, comfy leather seating, bare floors, and exposed industrial pipes in the ceiling. A quick scan of the room revealed a virtual full-house – an impressive achievement for a restaurant boasting some 80-plus covers, not least on a Thursday evening. One of the benefits, perhaps, of its plum spot in the City, with its captive market of hungry, office-weary suits seeking a reliable post-work dinner.

But the beauty of Cinnamon Kitchen goes far beyond mere convenience. The menu is, on the whole, lighter and more fish-based than at the Club, which tends to offer a greater focus on game.

We began with a wild African prawn, charred pork back ribs and fat chillies stuffed with minced lamb. The prawn was huge (as you could justifiably expect given its price tag of £15) and served in a lobster-like shell requiring you to scoop out the meat. It was also utterly delicious, offering a char-grilled taste and a soft yet crunchy texture.

The ribs were equally good, the pork falling effortlessly from the bone and the sticky glaze packing a mean punch. To wrap up round one, the fat chillies with minced lamb were piquant and delicately seasoned whilst not being too over-bearing for a starter.

Mains comprised rajasthani roast red deer with stir-fried mushroom for me, and caramelized ox cheek with date & apricot sauce for my companion. The deer, hailing from India’s eponymous and largest state, was exceptional, cooked to medium-rare perfection and with all of the smoky, spicey flavours of the tandoor expertly sealed into the meat. The ox cheeks also received a ringing endorsement, their melt-in-the-mouth texture combining with fusion flavours and a light spice.

Accompanying both dishes were a trio of homemade chutneys and a selection of breads. The chutneys were zingy and fresh, enhancing the meal rather than overwhelming it and delicious enough to eat on their own.

By this time our appetites were beginning to succumb so we opted to share a Valrhona Chocolate Fondant to wrap things up. We quickly wished we’d ordered one each, offering as it did a softness almost to the point of foaminess, yet somehow managing to hold different layers of sweet, creamy flavours within its small frame.

It was simply sublime, managing to singularly debunk the myth about Indian restaurants struggling with desserts, and also providing a fitting conclusion to an exceptional meal.