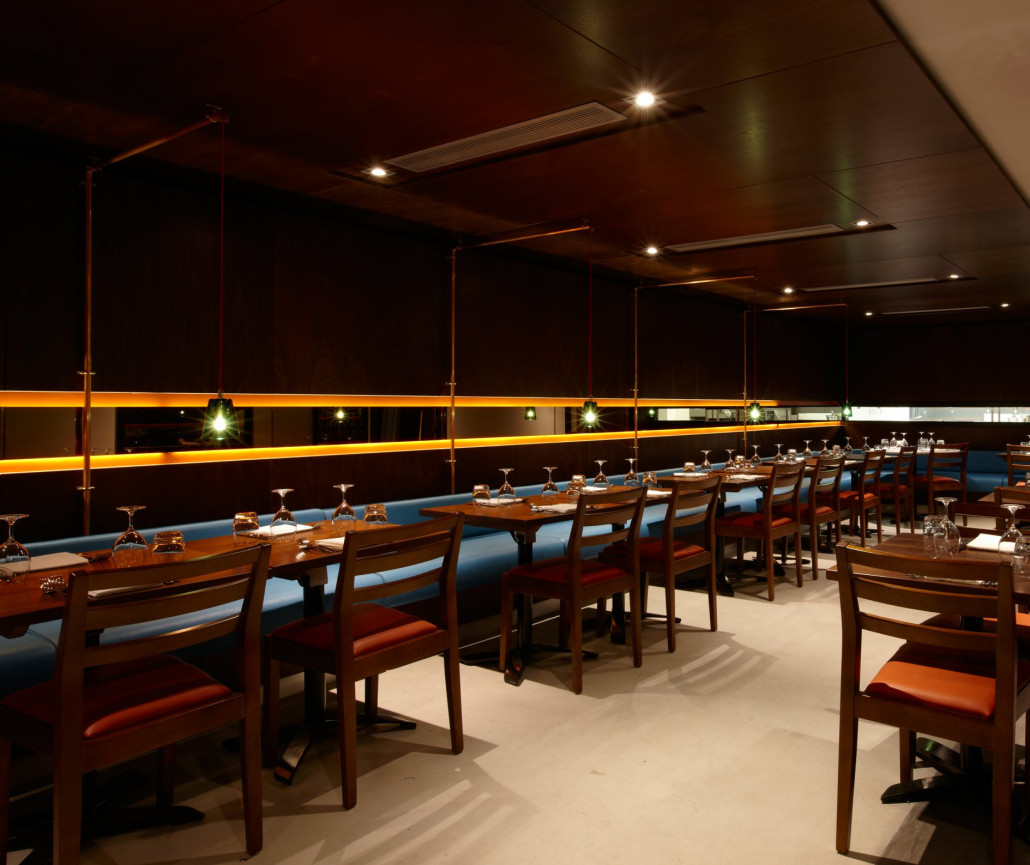 Situated in the heart of London’s pulsating entertainment district, Cinnamon Soho is a more informal cousin of the well-established and highly praised Cinnamon Club in Westminster.

Whilst the Club has earned a reputation for attracting the great and the good from the world of politics over the years – thanks to its grandiose Grade II-listed setting just moments from the House of Commons – its Soho counterpart draws a predictably younger, trendier crowd.

Spread over two floors, the venue boasts a stylish interior with low-hanging, racing green globe lampshades, teal banquettes and dark wood wall panels. The menu concentrates on a range of Anglo-Indian dishes, some of which fall into the ‘novelty’ category, such as an Indian take on a scotch egg, but also feature a liberal sprinkling of old classics.

The aforementioned (Bangla) scotch egg came as part of a selection of balls that also included Crab Cakes, Potato Bondas, Vegetable Shikampur and Spiced Game, each accompanied by a sauce or relish. It is a neat idea, and it works, with each ball surprising the palette with its distinctive flavours.

For mains we shared stir-fried shrimp with curry leaf and black pepper, Lucknow-style free range chicken biryani, and seared duck breast with sesame tamarind sauce. The shrimp dish was superb, boasting fresh and expertly cooked prawns and a good ratio of curry leaves. Not far behind was the chicken, served in an iron pot and accompanied with tasty, fragrant rice and delicate spicing. The duck was enjoyable too, but overshadowed by its neighbours.

For sides we had black lentils and a garlic naan. Smoked for 24 hours, the lentils were delicious, boasting excellent texture, whilst the naan was pleasingly light, fluffy and supple.

Dessert so often being the Achilles heel of Indian restaurants, we were keen to discover if Cinnamon Soho could buck the trend, and the answer is a resounding yes. We took up our waiter’s suggestion of a taster of several dishes from the menu, allowing us to sample carrot halwa roll with cinnamon ice cream, chocolate, chilli, white chocolate and cardamom goli, chocolate and cumin cake with pistachio ice cream and saffron poached pear with rice kheer and anise ice cream – all delicately positioned on a single large plate.

It turned out to be a fitting finale to an exceptional meal, with the carrot halwa the stand out of the set, the carrot’s crispy exterior an intriguing twist on a classic halwa. It ensured that we departed both satiated and impressed, not to mention keen to return.