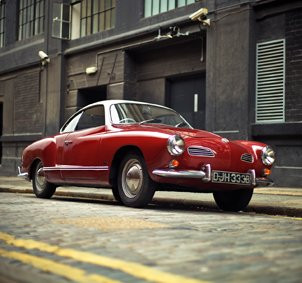 Driving in London can send even the most easy-going motorist into an exasperated rage, but the Classic Car Club offers the chance to escape the frustrations of the capital’s roads – and in some style.

Located in Old Street, east London, aptly close to the retro-chic fashion boutiques of Shoreditch and Hoxton, is Classic Car Club. Founded in 1995, the club has grown to become one of the country’s most popular networks for vintage car hire, claiming motoring journalists, music and movie stars, and top sportsmen amongst its members. Its success has led to the creation of sister branches in Copenhagen, Edinburgh, Glasgow, Lithuania and Manhattan.

Membership works on a somewhat complex ‘points’ basis, but the long and short of it is that for anywhere between £1,465 and £3,995 a year (plus a one-off joining fee of £500), members can cherry-pick from a vast selection of modern and classic cars – some dating back to the middle of the 20th century – for temporary use in the UK or even abroad.

All of the various burdens of motoring including maintenance, insurance, tax and repair fall on the club’s shoulders, leaving members free to enjoy some of the worlds most sought-after cars.

But where Classic Car Club has struck conceptual gold is in its creation of monthly ‘experiences’, available to non-members and thus unlocking the market for one-off gift-buyers and those with the appetite but perhaps not the budget to fully indulge their passion.

The club offers two experiences: Day drives and Night drives. Both follow the same format, with 5 cars shared amongst 10 drivers (everyone gets to be the driver and the passenger in each car). Follow and lead cars, manned by knowledgeable, friendly and enthusiastic club personnel, ensure the convoy never drifts too far apart.

Night drives take place on the nocturnal streets of London, taking in many of the city’s iconic landmarks, whilst Day drives proceed in the countryside just outside London, exploiting the winding roads and relative calm of the capital’s rural hinterlands. The price for both experiences is £295 per person, or £495 for a team of two.

If you’ve got this far, you’re probably keen to know the nitty gritty, i.e. the wheels. Well, Classic Car Club’s fleet comprises a mind-bending amount of cars – all kept on site at the Old Street depot – ensuring something for everyone. The only risk (insurance excess aside) lies in the club’s policy of waiting until the day or night of the experience before revealing the cars to be taken out. So, if you hoped to fulfil your lifetime dream of piloting a Jaguar E-Type, you may turn up and find yourself disappointed.

The flip-side is that, even in this event, you’re guaranteed five other diverse, precious and beautiful cars to soften the blow.

Last month Superyachts.com was invited to experience one of the club’s Day drives for ourselves. Congregating at the Old Street depot, it was obvious from the relaxed atmosphere that my guest and I were in the company of seasoned veterans. Indeed, every other participant was a fully paid up club member, hinting at the success of the experience days as a concept.

As the roll-call of cars was announced, a sigh of relief was emitted when the colossal Rolls-Royce Corniche – sitting imposingly on the forecourt – failed to make the cut. The prospect of manoeuvring that beast of a machine around was unnerving to say the least.

The 4-speed Volvo P1800S was an ideal entry-level car – easy to handle but with enough nip to get the juices flowing. Next up, the Aston Martin Vantage proved a trickier proposition, though its Automatic transmission at least allowed the mind to focus on steering. It also roared like a dream.

Our third car – an open-top Jaguar XK 150 – made a timely appearance as we entered the Essex countryside. It may have been the oldest car we would drive that day, but it was also by some distance the most ferocious. Thundering along the open country lanes was an absolute joy and it was with a heavy heart that our time in this stunning car came to an end.

Happily, we still had two more to sample. First, the Karmann Ghia offered classic design with the ultimate pared-back driving experience. The styling has lost none of its impact in the decades since it was first launched and, for today's driver accustomed to mod-cons, there was something quite thrilling about its mechanical simplicity.

We wrapped things up with a spin in a Porsche 911. Boasting a powerful rear-engine and a clutch as heavy as the earth, the iconic Carrera offers a sensory experience that would probably be better served on a racetrack than in a country or urban setting. Nonetheless, it was great fun to drive and a fitting finale to a memorable day.