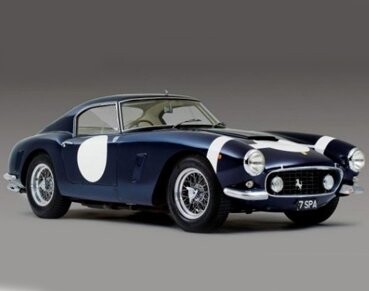 A 1960 Ferrari 250 GT SWB raced by British Formula One legend Sir Stirling Moss was sold for a staggering £7 million ($11 million) recently in a private sale.

Featuring all of its original components, including its 3-litre V12 engine and gearbox, the Ferrari 250 was sold by Hertfordshire-based DK Engineering representing businessman Nigel Corner, who had owned the vehicle since 2003. The identity of the car’s new owner has not been disclosed yet.

Moss raced the car to victory at the Tourist Trophy at Goodwood race track - winning by two clear laps – just weeks after it was built – the first time the Italian car maker had ever won the trophy. Moss won two more races in the car and in 1961 it was sold to Tommy Sopwith of the Equipe Endeavour race team.