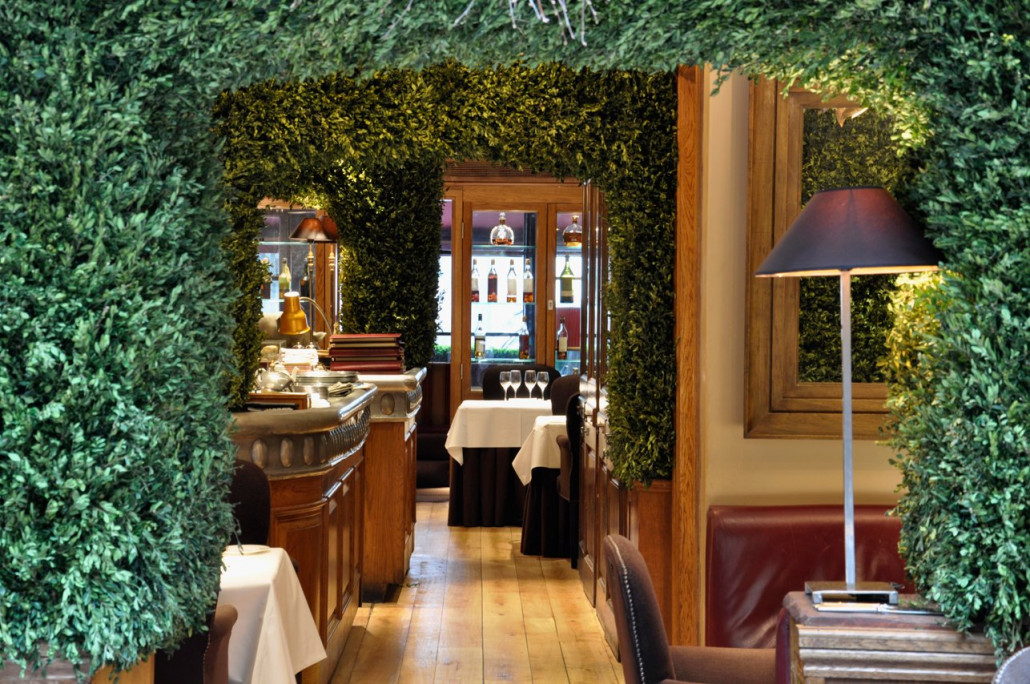 Legend has it that Clos Maggiore is the scene for more marriage proposals than any other restaurant in London.

Situated in the heart of the city’s entertainment hub of Covent Garden, it could easily be mistaken for just another tourist-fodder eatery. But it is only when you enter that it becomes apparent why this is considered by those in-the-know to be London’s most romantic restaurant.

Inside, the décor resembles that of a luxury train from the Gilded Age, whilst the intimacy is enhanced by small tables from which little more than whispered conversation emanates.

But the restaurant’s real jewel in the crown is its unique conservatory. Boasting shrub-covered walls and a canopy of artificial flowers, the room oozes intimate ambience, while a sliding glass roof allows the addition of fresh air on warmer days.

Of course, all of these aesthetic delights would soon pale into insignificance if the food were to disappoint. As it turns out, there was no such concern. If Cupid designed the room, then his head chef must have been in charge of the cooking, because the food was superb.

Proceedings began with some Grissini Breadsticks with black olive tapenade and goats cheese with truffle oil. The breadsticks were crunchy yet not too dry, with a sprinkle of corn meal on their edges and just the right amount of salt. The accompanying black olive, cheese and truffle spreads awakened the taste buds with a firm kick.

For the first course we were served wild scallops with salt cod brandade. The scallops were perfectly cooked and the brandade added pleasingly to their flavour.

Next up was foie gras with green beans, confit duck, poached rhubarb and pain depices. The simple flavours of the green beans contrasted well with the rich, unctuous foie gras whilst the duck confit provided an extra kick thanks to its salt, garlic and herbs.

What followed was an exceptionally well-cooked slow roasted Cornish cod with chorizo sauce and rougaille (aka tomato sauce). The cod fillet was fabulously buttery and the sauces complemented it perfectly.

Our main course was the most anticipated – honey roast duck with roasted endive, plum, oat sable biscuit (tinged with orange) and a ruby port jus. The slightly bitter endive contrasted excellently with the rich duck, whilst the biscuit – a classic French cookie originating in Normandy – added a tangy flavour and crumbly texture.

The meal culminated with a superb cheese board that was laid out from mild to ultra-strong and contained a Normandy Camembert calvados, a Lincolnshire bomb, a Roquefort and a Stinking Bishop.

Having devoured a pongy cheeseboard, it would, perhaps, not be the ideal time to lean in and deliver a marriage proposal. But when the food is this good, it seems inconceivable that the answer could be anything but a resounding “yes”.

Despite being one of London’s lesser known gems, Clos Maggiore succeeds in delivering on every score. Highly recommended.