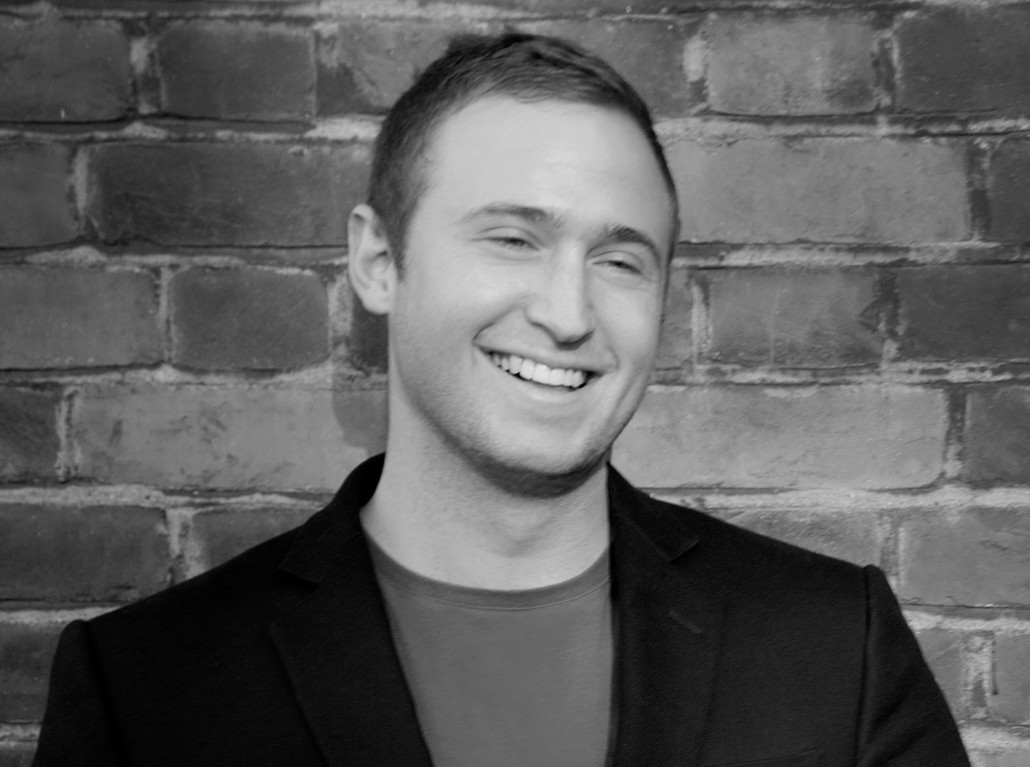 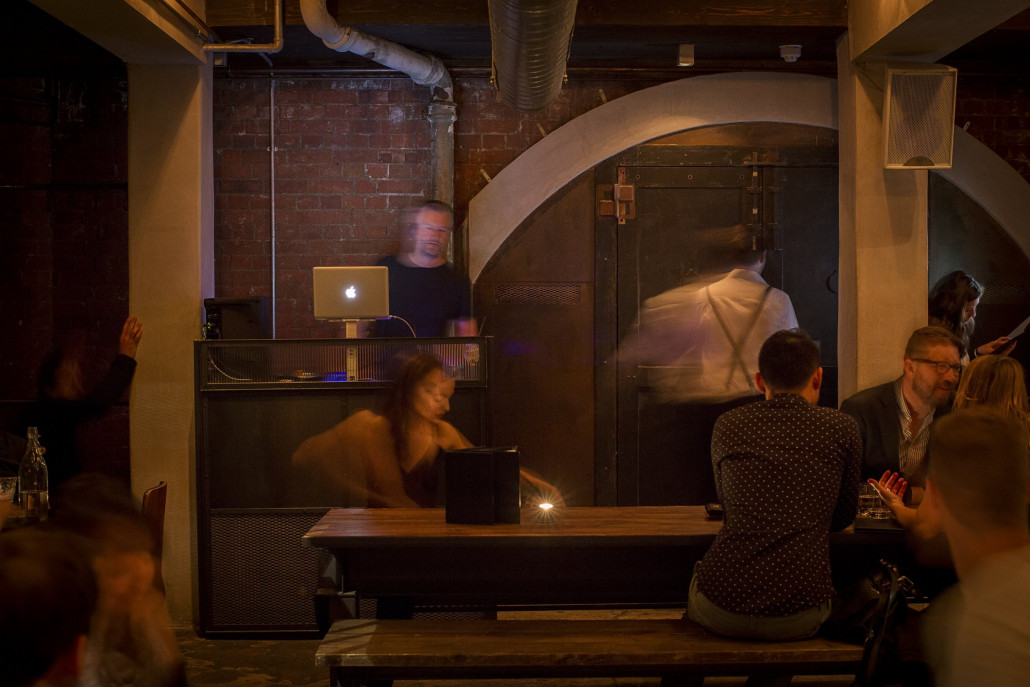 London’s bar scene has experienced something of a renaissance in recent years and at the vanguard of this revival has been Oskar Kinberg.

The Swedish-born mixologist has been at the helm of one of London’s most renowned nightspots for two-and-a-half years as chief bartender of Oskar’s Bar, which sits downstairs of Dabbous, the Michelin-star restaurant in Fitzrovia, Central London.

As well as concocting imaginative new drinks for his patrons, Kinberg is also co-owner of both Oskar’s Bar and Dabbous, which he opened with the eponymous chef Ollie Dabbous. Initially the restaurant took all the glory, with tables booked up for months in advance, but slowly Oskar’s Bar began to forge its own identity and is now reaping the rewards.

We sat down with Oskar Kinberg to find out more about his journey to the zenith of cocktail making.

Can you give us a brief background to your career?
I moved to London from Sweden about ten years ago and started working in cocktail bars and then moved on to nightclubs. I went from bartender to management, learnt more about the business side of things, people management, etc, and not just making drinks. If you want to own your own venue, you need to know about more than just making drinks.

It was during this time I met my business partner, Ollie Dabbous. From early on, we were discussing setting up our own place and how to go about it. When we finished our first business plan, I was 23, and by the time we actually got there, I was about to turn 28. So it took quite a while to reach the finish line.

I don’t think I ever considered it as a career when I started. I was surrounded by party people, lots of girls – it’s quite attractive for a 21, 22-year-old. The nerdiness for alcohol and cocktails came a bit later and I just made a decision that, if I’m going to do this for the rest of my life, I wanted to do it for myself and not for other people. I guess I’m pretty driven in terms of what I want to achieve and I usually manage to get there somehow.

How did the incredible success of Dabbous affect the bar?
I actually think it might have done some harm in the sense that it took quite a while to make a name for ourselves down here. Initially, upstairs got a lot of attention and we didn’t get any. All of the reviews hardly even mentioned there was a bar downstairs. But we got over that and rebranded it by calling it Oskar’s Bar. It sounds like a massive ego trip, but it was about creating an identity.

On an average night, how many of the cocktails on the menu are your creation?
The menu is entirely my creation apart from the classics and even for some of the classics we put our own twist on them. I’d say about 80% of the drinks we sell down here are off the menu, and I think that’s a good testament.

You are known for using a lot of herbs and flowers in your drinks – where does this penchant come from?
I have a sweet tooth but I also like savoury things. And to find a balance you can’t always use cucumbers or celery or peppers, so adding herbs to something helps achieve that balance. Herbs tend to produce quite a nice finish. Gin is a good example – it’s full of herbs which give it a really nice length. Herbs also generally work really well with both fruit and vegetables. With a cocktail, you want to have four clear flavours, so you get one, then another comes, then another, and not everything comes at the same time. You don’t want a million flavours in there, because then the taste buds get a little confused.

You and Ollie opened your second restaurant, Barnyard, last year. Do you have plans to expand the empire?
Yes, we’re looking for another site, and we’re also looking at doing a sister to Dabbous as well. I don’t think we’ll ever have 20 restaurants. We’re trying to do something to the best of our ability, but to keep it manageable. I’d rather have 3 or 4 really good venues than 20 average ones. Also, we have such good staff now, so it feels like a natural next step to give them a fresh challenge. They work with us, they know how we like things, and they’ve sort of hit the ceiling here. It’s hard to develop if you always have someone over you.

So yes, we are looking at doing other things, but we won’t do another Dabbous and Oskar’s Bar. It will be under a different name, but you’ll feel a similar vibe. It’s nice to tailor each venue and each concept. The vibe here wouldn’t necessarily work in St James, because it’s a little too rough around the edges.

Are you still able to be behind the bar most nights, despite taking on these new projects?
At the moment we’re open 6 days a week and I’m here at least 4 or 5 of those. I still love it. I wouldn’t choose this as a career, as there’s a lot of easier ways to make a living than slaving away in hospitality. But I wouldn’t have it any other way. As in any job, there’s things you like less, but when it’s a busy bar and there’s a good vibe with nice customers, there’s nothing better really. And it’s nice to work in a team. You get really close, because you do a lot of hours together. You know how they act and react to things and there’s lots of good chat as well.

What are some of your favourite places to eat and drink in London at the moment?
I don’t really go out much, to be honest! I went to Artesian [in London’s Langham Hotel] for the first time not long ago, which has been voted best bar in the word on numerous occasions. It’s one of those places a lot of bar tenders don’t want to like, but I absolutely loved it. Service was on a different level, it was super busy and a lot more fun than I thought it would be as well.

Do you think the general explosion of the restaurant scene in London in recent years has also served to promote the drinks and cocktails industry?
Definitely. I think it’s driven a lot by consumers, but also the fact that there’s a lot of restaurants that are now chef and bartender-owned. With this set up, you get a more honest expression of what a chef wants to cook or what a bartender wants to make. When you work for someone else, they always tell you to do this and that and you never really get free rein. But I think consumers as well are a lot more open to trying new things. Once you go to places that you trust, even if the menu reads really weird, you are more likely to try it. It’s definitely a lot more fun to work in this industry now than 7, 8 years ago.

Where do you see yourself in 10 years?
Retired hopefully! Realistically probably not, but it would be nice to have a more manageable lifestyle. The first 2, 3 years here have been quite intensive. But I’m still fairly young, so I have no problem working hard for the time being. In my mind, if you work hard for the first half of your life, you can relax for the second. So it’s all about getting set up for that, I guess.