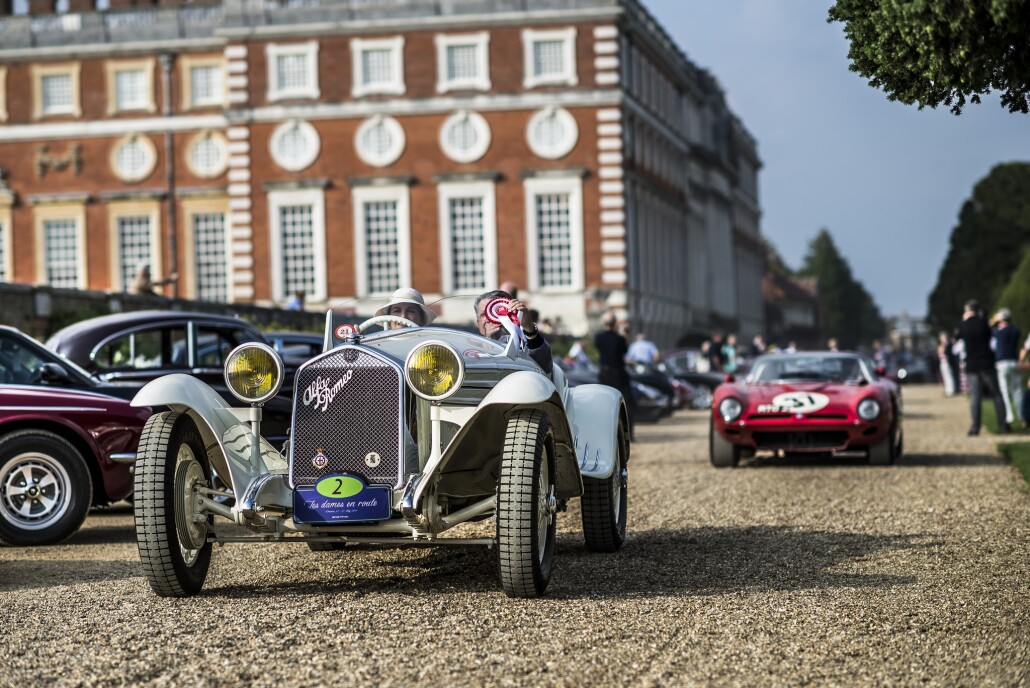 Concours of Elegance 2017 Gears Up for Opening

The 2017 edition of the UK Concours of Elegance kicks off in a couple of week, and is promising to feature one of the most remarkable line-up of iconic cars in its history.

Taking place across three days at the start of september, the annual celebration of automotive elegance and style will this year showcase more than 60 of the rarest and most exclusive cars ever produced.

From iconic pre-1914 automobiles to limited edition sports and supercars of the 21st century, each of the Concours of Elegance cars has a remarkable story to tell. Among the cars set to appear include the first automobile ever to get a speeding ticket, the 1896 Arnold Benz Motor Carriage, a host of Le Mans hero Jaguar D-types and the UK debut of the incredible Maserati A6G ‘Barn Find’.

In addition, there will be a duo of rare and important Aston Martins – from the 1923 ‘Clover Leaf’ to the DBR09/01 racer – and an assortment of Ferraris to celebrate the Prancing Horse’s 70th anniversary.

Meanwhile one of only eight examples, the 1928 Bentley 4.5-litre Victor Broom Drophead is not only incredibly rare but it also comes with a fascinating back-story, which began with its purchase for £280 in 1962 by a teacher, Stuart Wallace, who quickly realised that he couldn’t afford to run it, so began a process of stripping and restoring it.

Then there is the Tatra 77, which was the world’s first series production aerodynamic design when it was unveiled in March 1934, the 1930 Duesenberg Model J Murphy Disappearing-Top Convertible Coupe, one of around 60 Convertible Coupe bodies for the Model J Duesenberg series, and the 1933/35 Lancia Astura Aerodinamico Castagna, originally crafted by Italian coachbuilder Castagna for an Alfa Romeo 8C 2300 Lugano.

The 2017 UK Concours of Elegance will take place at Hampton Court from 1 – 3 September.