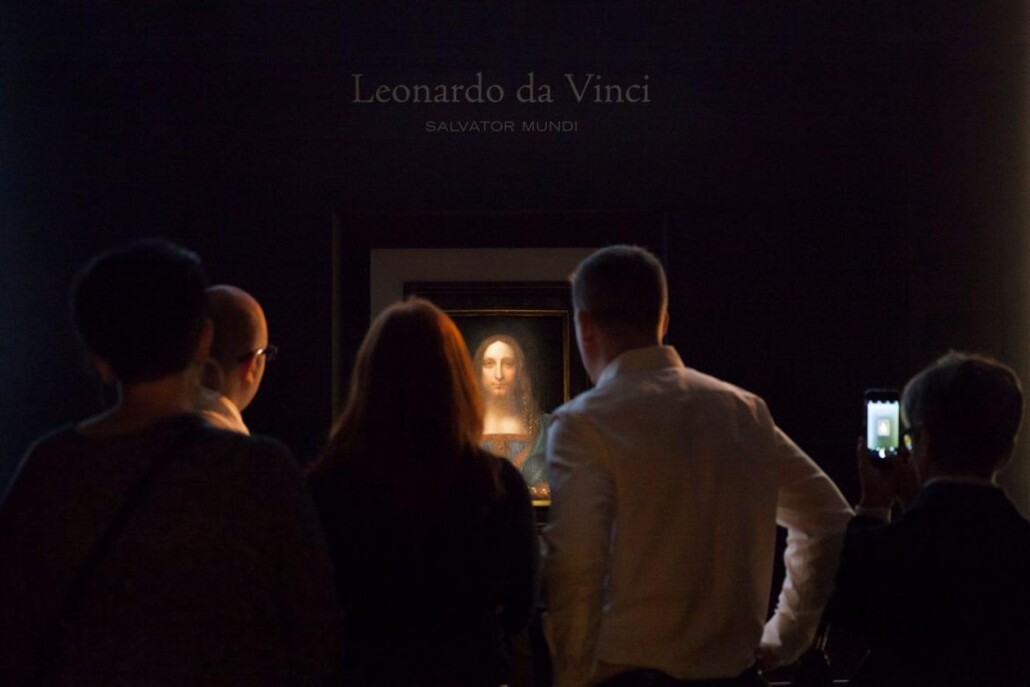 A 500-year old painting by Leonardo Da Vinci depicting Jesus Christ has sold at a Christie’s auction for a world record $450.3 million.

It replaces Picasso’s “Women of Algiers” which set the previous record in 2015 after selling at auction for $179 million, as the world’s most expensive painting.

As with many paintings, it was then unheard of until as late as 1900, when it was acquired by Sir Charles Robinson as a work attributed to Leonardo’s follower, Bernardino Luini, for the Cook Collection.

By this time, its distinguished authorship, origins and royal history had been forgotten. Moreover it was unrecognisable, as Christ’s face and hair had been over-painted and obscured.

When the Cook Collection was sold off, it was consigned to a sale at Sotheby’s in 1958 where it sold for just £45. It re-emerged in 2005 when it was purchased from an American estate at a small regional auction house.

After six years spent on the cleaning, conservation, documentation and research of the painting, it was in 2011 accepted as a fully autograph work by Leonardo da Vinci and returned to the public eye as part of the exhibition called 'Leonardo da Vinci: Painter at the Court of Milan' at The National Gallery, London.

At the recent Christie's sale, auctioneer Jussi Pylkkanen, Global President of Christie’s, opened the bidding at $75 million, pulling in at least 45 bids from clients on the phone and in the room.

After eclipsing the $400 million mark, Mr. de Poortere surrendered the last Leonardo painting left in private hands to a new anonymous owner for a final price of $450.3 million.