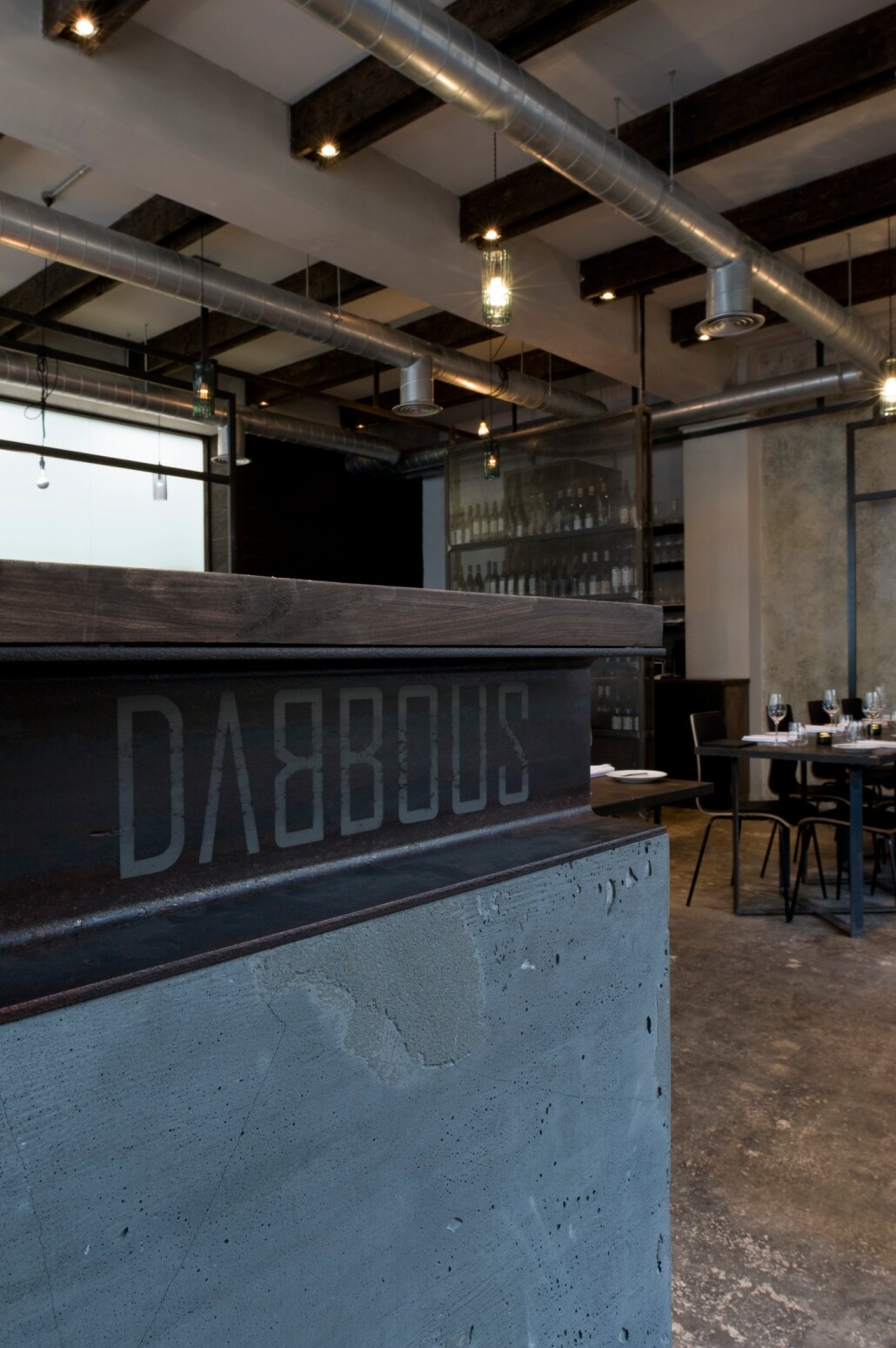 Few restaurants in recent memory have generated as much hype as Dabbous since its London opening at the start of 2012.

Following a stream of rave reviews, the restaurant swiftly become the hottest ticket in town, to the extent that, at time of writing, the waiting list for a table stretches until February at the earliest.

The venue avoids all of the hallmarks of what is typically known as ‘fine dining’, offering instead the look and feel of an industrial warehouse with its gridiron instillations, exposed copper pipes, giant air vents and concrete floor.

Rather than the product of a lack of imagination, this ‘industrial-chic’ aesthetic is a deliberate affectation that has spilled over from the East London art scene to other domains in recent times, including restaurants For those tired of the clinking formality of gourmet eateries, it comes as a welcome relief.

Dabbous is run by Ollie Dabbous, former head chef at Michelin-starred London restaurant Texture. It was here that he developed many of the culinary methods, in particular the use of clean, light and (almost but not quite) dairy-free ingredients, that he would transfer to his new venture, Dabbous, which he opened with his Swedish-born business partner Oskar Kinberg. A highly regarded mixologist, Kinberg presides over Dabbous’ downstairs bar.

The menu at Dabbous is short, with just five starters and six mains (an 8-course Tasting Menu is also available, priced at £54 per person). The modest pricing – and portion sizes – are designed to encourage the ordering of a wide spread of dishes, and we took our waiter’s advice by opting for three starters and four mains to share between two.

Proceedings began with warm bread delivered to the table in a brown paper bag marked with today's date – one of life’s greatest aromas tantalisingly contained before being unleashed. The smell was delightful and the bread pleasingly springy with excellent crust.

The starters all arrived at once, casting a Kaleidoscope of colour over our dark wooden table. We first sampled the English asparagus with virgin rapeseed oil mayonnaise, meadowsweet & hazelnuts. Despite coming at the tail end of their season, the flavour from the fresh English asparagus combined with the sharp, creamy mayo and nutty crunch was superb.

Next up was mixed alliums in a chilled pine infusion. Containing two types of onion, a clear vegetable consommé and spots of basil oil, the flavours coaxed out of such common ingredients was sensational, boasting a deep, rich savouryness and the once-elusive ‘umami’ so loved in foodie circles today.

Our first course culminated with one of Dabbous’ most talked-about dishes – a coddled free range hen egg with woodland mushrooms and smoked butter. The presentation was impressive enough – housed in a half-shell nestled in hay and coloured by tiny bits of chopped chives – but the taste was out of this world. The egg itself provided a powerful base, but it was the earthy wild mushrooms and smoked butter that delivered real depth to the dish.

For mains, the braised halibut with lemon verbena was impeccably cooked, the firm and fleshy fish oozing clean flavours. Alongside it a dish of charred organic salmon, marjoram, samphire and moscatel grapes offered equal deftness of touch, in both taste and technique.

The modest portions ensured that there was plenty of room for desserts. Iced lovage – a relatively unknown  quantity - consisted of a green herb transformed into a granita with a distinct flavour of celery. It was, in truth, more a palate cleanser than a full-blown dessert, but was extremely good nonetheless.

The main event was a chocolate ganache with basil moss and sheep’s milk ice cream.The ganache was smooth and silky, and the ice cream light and bright, whilst the moss proved to be more than just a decorative gimmick.

To wrap things up we shared a custard cream pie, boasting an old fashioned name but a lightness that can only have been achieved through centuries of gastronomic alchemy.

It was a fitting way to end a sublime meal, offering as it did inventiveness, balance and, let us not underplay it, the hallmarks of gastronomic genius.