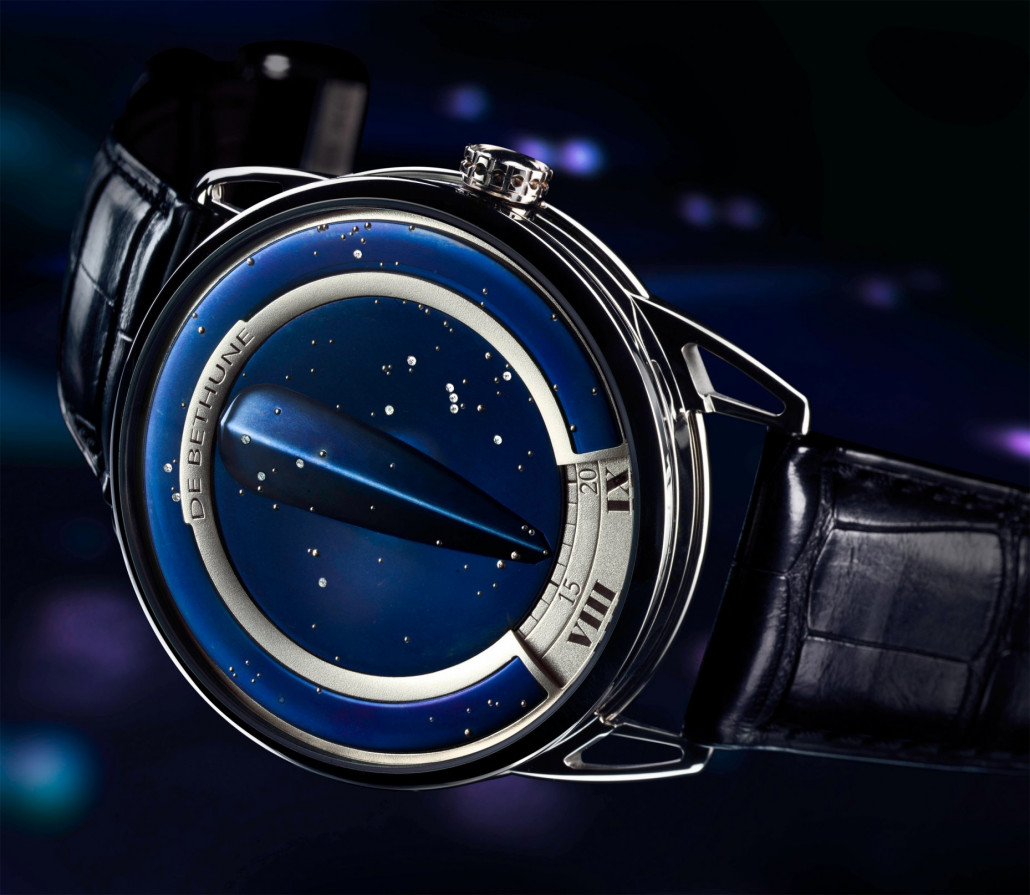 De Bethune Steps Back In Time for Monaco Charity Auction

Luxury watch-maker De Bethune’s contribution to the high-profile “Only Watch” charity auction in Monaco in September is a unique timepiece inspired by the Principality’s mythological past.

The DB25 watch comes with a blued titanium dial that depicts a night sky, in tribute to the night of 8 January 1297 when Genoese leader François Grimaldi is said to have first captured the rock of Monaco.

Set in the titanium dial are white gold and diamond stars, representing the 115 stars that , as legend has it, were in the nocturnal sky on that particular night.

Other notable features include Arabic numerals for the minutes and Romans for the hours, each sitting on two sandblasted sterling silver discs.

The bi-annual “Only Watch” charity auction was established in 2008. Watch brands around the world create and donate a single, one-off watch for the auction, with all proceeds going to research into Duchenne Muscular Dystrophy disease.