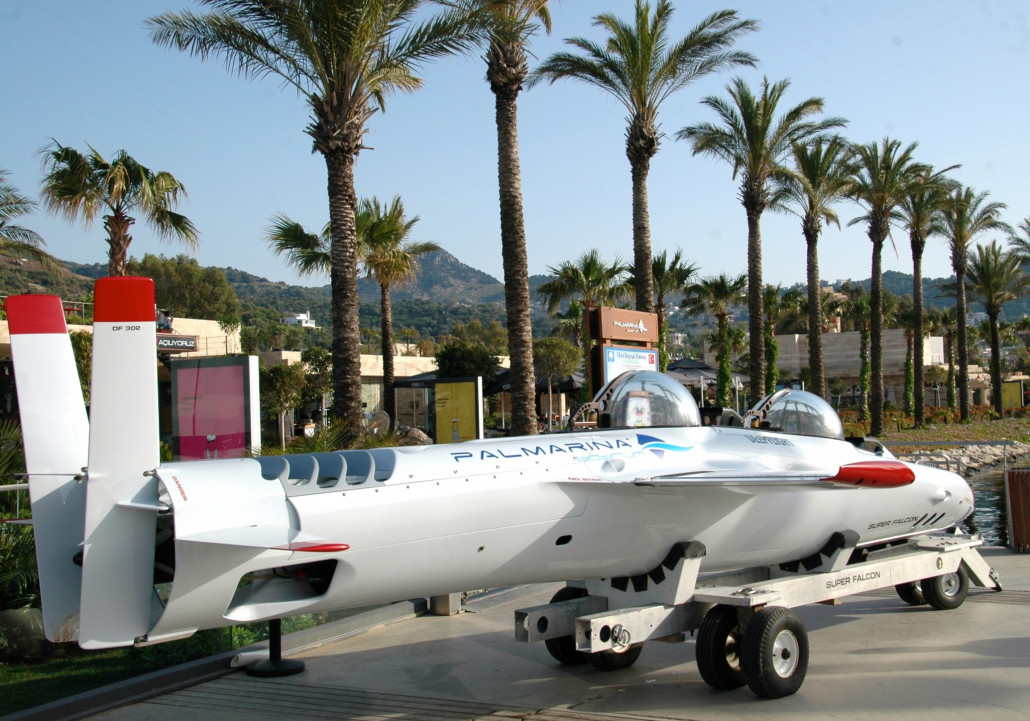 DeepFlight, the California-based designers of underwater crafts, have announced the delivery of the DeepFlight Super Falcon to Palmarina Bodrum, one of Turkey’s biggest yacht marinas.

The high-performance, all-electric personal submarine was delivered to the marina, which is located on the southern tip of the Aegean Sea, and will be available for use by visitors keen to explore the hidden depths of the so-called Diamond of the Turquoise Riviera.

Dubbed the Lear Jet of the oceans, the zero emissions Super Falcon was designed for easy use from yacht or shore and can reach depths of four hundred feet (120 metres). Like all DeepFlight submarines, the Super Falcon is positively buoyant, meaning the craft automatically floats to the surface.

Palmarina Bodrum can accommodate 620 boats in total, and provides more than 70 berths for superyachts measuring 40 metres and above.

According to Graham Hawkes, founder of DeepFlight, Super Falcon is “the ideal craft for exploring the beautiful waters of the Turkish Riviera. With its world-class facilities and access to dive destinations, we believe that Palmarina Bodrum will provide an ideal base for submarine operations.”

DeepFlight, was founded in 1996 by world-renowned engineer, Graham Hawkes, with the goal of innovating underwater craft to open human access to the oceans.