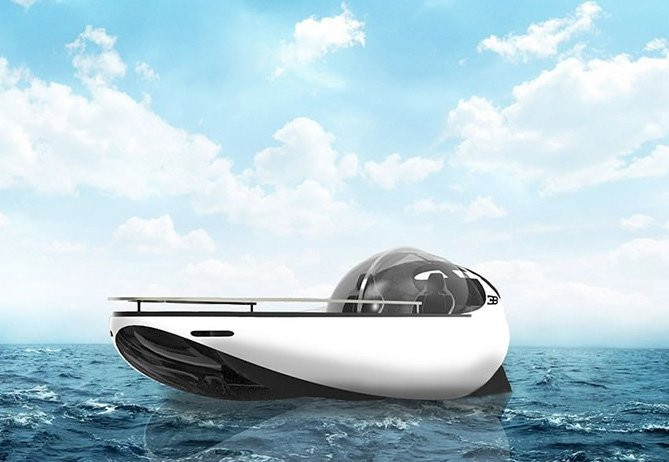 A designer has unveiled images of an eye-catching racing yacht concept that pays homage to the iconic Bugatti Type 57 motorcar.

Called the Bugatti Atlantean Racing Yacht, the concept is the brainchild of South African industrial designer Fraser Leid and features the same domed roof and windscreen as the legendary Type 57.

The vehicle is billed as blending streamline design from the 1930’s with the aerodynamics of the 21st century and achieves a dynamic, racing appearance thanks to its low centre of gravity, with the hull and its two side supports all submerged.

Designed by Jean Bugatti, son of the carmaker’s founder Ettore, 710 examples of the Type 57 were produced between 1934 and 1940.

Founded in France in 1909, Bugatti was grown to become one of the world’s most renowned luxury car makers.