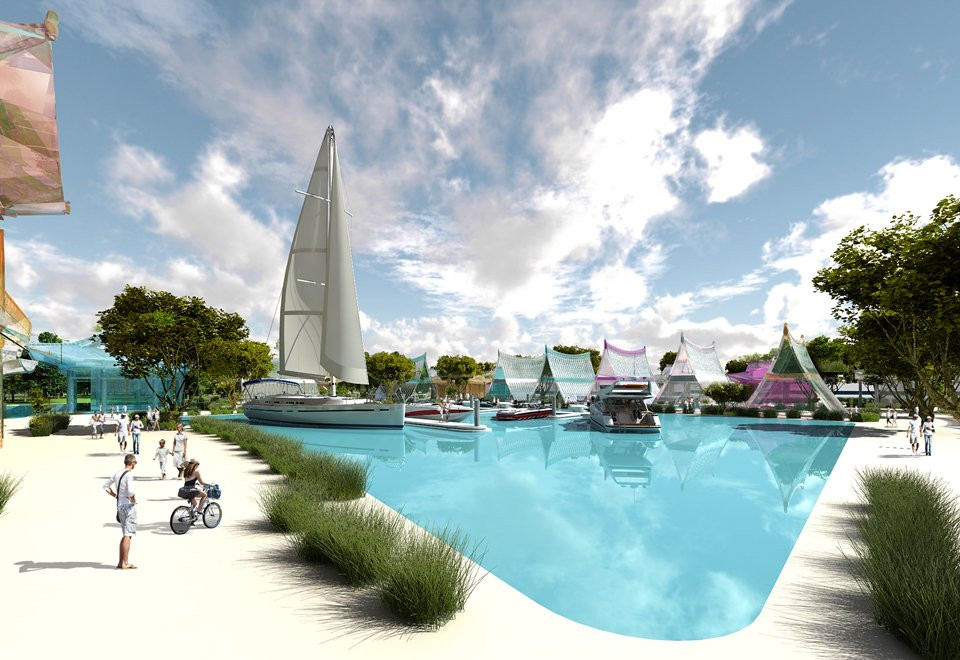 The lavish designs have been revealed for an ultra-luxury resort hotel to be built in the South Korean coastal city of Gangneung.

The development, which is expected to be completed by 2016, is part of a programme of regeneration ahead of the 2018 PyeongChang Winter Olympics. Stadiums to be used during the Games are situated just a few kilometres from the hotel

The most striking aspect of the hotel is its two crossed slopes along each exterior wall linked to the main body of the building. Through various angles in between, guests can enjoy view of the sea, lake and mountains that surround the hotel.

Notable amenities include traditional Korean-style duplex accommodations, a restaurant and café, and a spa on the roof terrace for VVIP guests.

It is expected that the hotel will be used for conventions in the build up to, and during, the Olympics, as well as for competing athletes.