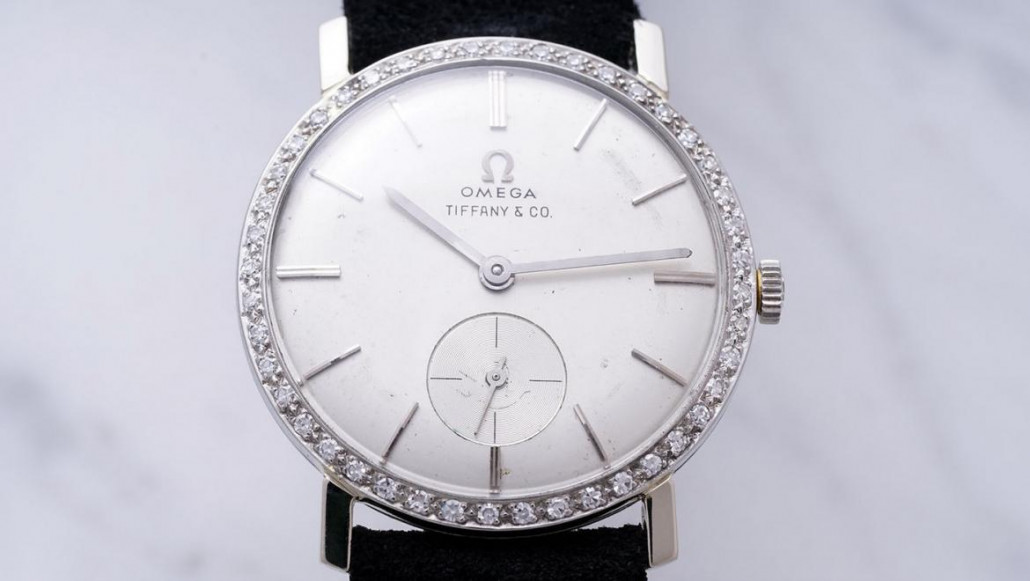 Diamond-Studded Omega Watch Owned by Elvis Presley to be Sold

A diamond-studded Omega watch once owned by the King of Rock & Roll, Elvis Presley, is to go under the hammer at an auction in Geneva in May.

The watch, which features a simple white dial and diamond encrusted bezel, was gifted to the late singer at a charity event in 1961 by his record label, RCA Records. It was then purchased from Tiffany & Co. whose logo appears below the Omega logo at 12 o’ clock.

The case is made of 18-karat white gold, has 44 brilliant cut diamonds on the bezel and is powered by a manually-wound Omega calibre 510.

“This is the most historically significant Elvis Presley-owned watch to ever appear on the market,” says Paul Boutros, managing director for the Americas for Phillips in Association with Bacs & Russo.

“The watch commemorates an important milestone in the history of music and Elvis Presley’s career.”

“We think, given the importance of this watch, that it’s a fair estimate to not scare off potential buyers and to pique people’s interest to realize they can have something so exceptional and relatively affordable at around $50,000 to $100,000”.

The watch will be sold at the Geneva Watch Auction on May 12 & 13. It will be presented along with certificates of authenticity from the Elvis Presley Museum and Dave Marsh’s book “Elvis” that features images of Presley wearing the watch.