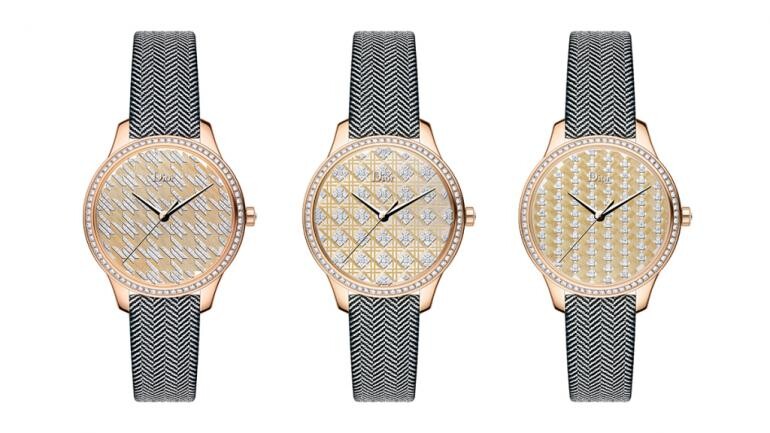 In the year of its 70th birthday, luxury French fashion house Dior has unveiled five striking new watches as part of its efforts to mark the occasion in style.

Each of the five new watches bear a notable touch that draws a distinctive reference to the iconic heritage of Dior.

As part of the new collection, the brand has introduced new versions of its popular La Mini D de Dior model as well as the Dior VIII Montaigne. On the former, the signature ribbon-bracelet pattern has been replicated again, only this time with weaves of a thousand gold fibres.

The watch is available in two variants, one with a classic gold dial and another in teal.

The other three editions of the Dior VIII Montaigne also come in exclusive gold versions – each carrying unique geometric patterns in gold along with a smattering of diamonds.

The trio carry a patterned leather strap and demonstrated use of herringbone, caning, and houndstooth patterns, all staples of Dior’s seven decades.