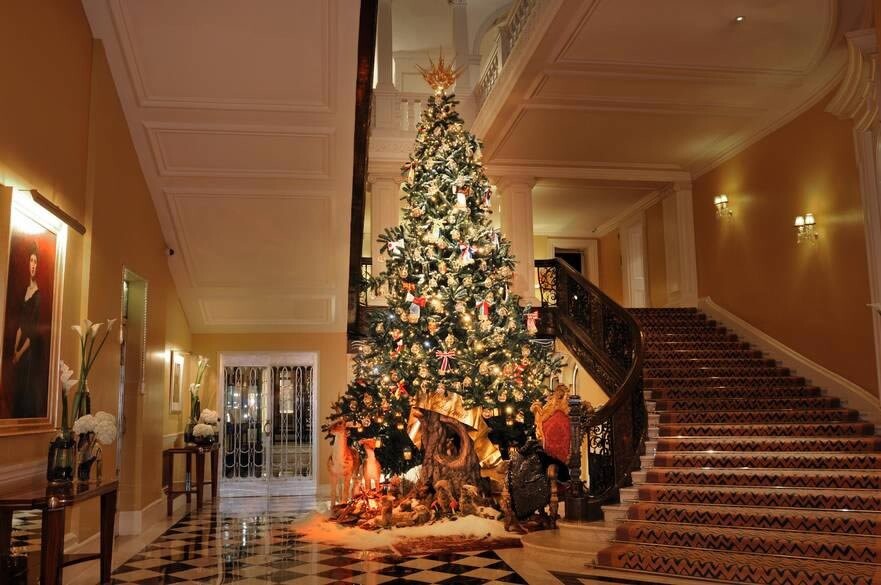 The unveiling of Claridge’s Christmas Tree has become something of an annual tradition, and this year’s offering by the prestigious London hotel could well be the most lavish yet.

Italian fashion brand Dolce & Gabbana have collaborated with the hotel to create an elaborate 8-metre tree adorned with over 300 glass baubles blown by master artisans.

The tree sits proudly in the Mayfair Hoterl’s Art Deco lobby and is said to have been inspired by the childhood Christmas memories of Domenico Dolce and Stafano Gabbana, the eponymous duo behind the famous fashion label.

Each of the 300 glass baubles is hand painted with international flags representing festive traditions from all over the world, while at the base of the tree is a royal throne with a crown.

A host of animated animals including deer, rabbits and squirrels are gathered around the tree which is dusted with fairy dust to mimic freshly fallen snow.

Founders Dolce and Gabbana met in Milan, Italy in 1980 whilst working for the same fashion house. In 1982 they established a designer consulting studio which grew to become “Dolce & Gabbana”. They presented their first women’s collection in 1985 in Milan, and in the same city a year later their first store opened its doors.

Today it is one of the world’s most famous fashion houses.