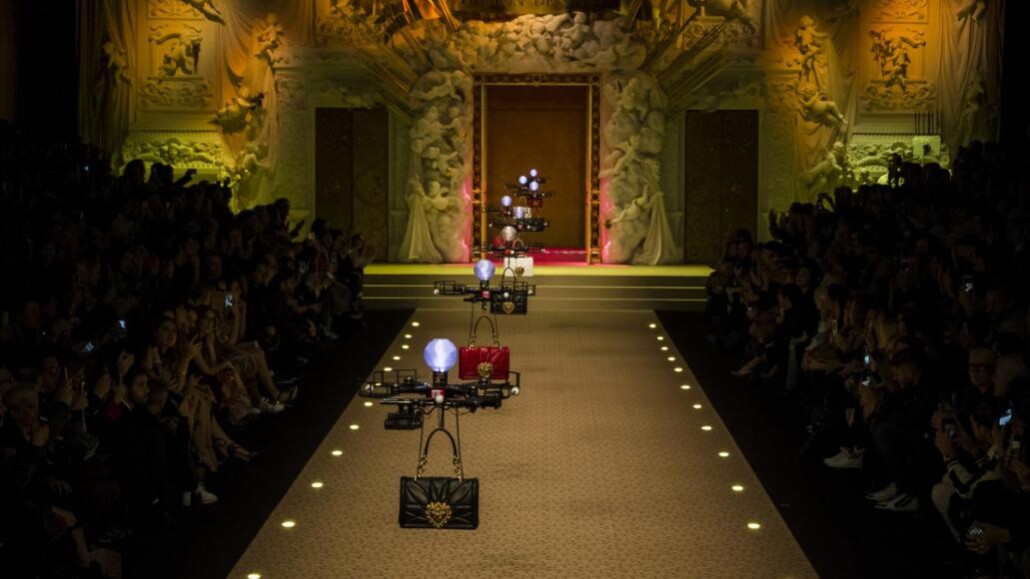 Dolce and Gabbana Drones Sashay Down Runway in Milan

The entrance of ultra-high tech drones into our daily lives continues apace and the latest development has seen them make their debut in the rarefied environs of a Milan fashion show.

Iconic Italian design duo Dolce and Gabbana may be famous for their bold apparel, but on this occasion it was their bold move to introduce drones that grabbed plenty of attention at the Fall/Winter 2018 fashion show in Milan.

Sashaying down the runway was a fleet of drones, each one carrying a handbag from the new Dolce and Gabbana collection. The bags displayed were small purses, probably chosen to prevent the drones from being weighed down.

This mini-show of accessories was followed by the real-life models who appeared in a splash of sequins and lace, touting the designers’ chosen theme of “Fashion Devotion”.

Among the pieces on display were long, dramatic coats and eye-catching suits, all sporting the hallmark D&G design styles.

Domenico Dolce and Stefano Gabbana a met in Milan, Italy in 1980 whilst working for the same fashion house. In 1982 they established a designer consulting studio which grew to become “Dolce & Gabbana”.

They presented their first women’s collection in 1985 in Milan, and in the same city a year later their first store opened its doors.