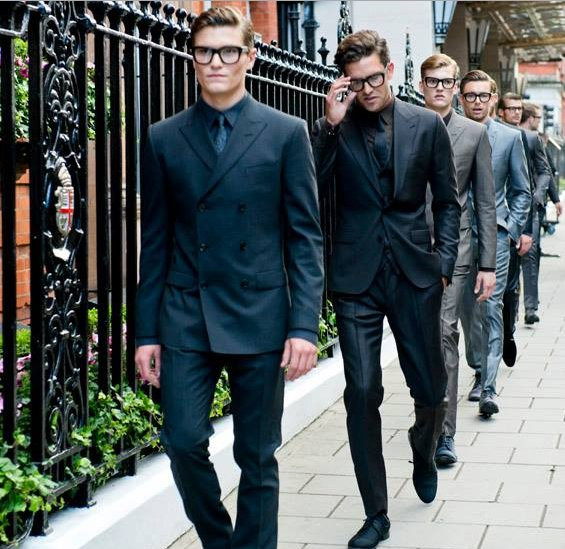 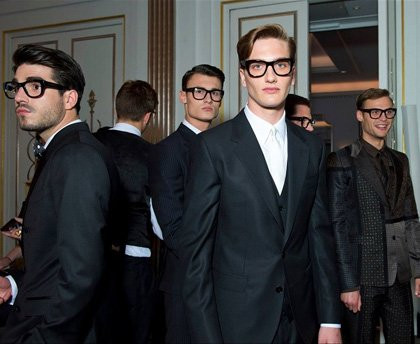 A grand total of 46 British models decked in D&G’s Fall 2014 Men’s Tailoring Collection departed the iconic Claridge’s hotel in Mayfair before walking towards 55 Bond Street, the address of the new D&G Men’s Only store.

Upon arriving at the store, the models performed a catwalk show infront of an exclusive, private audience including famous figures from the worlds of fashion and entertainment such as  singer Kylie Minogue, actress Olivia Grant, and model David Gandy.

“We wanted to add to the DNA of Dolce & Gabbana with a little English eccentricity,” Stefano Gabbana told GQ magazine.

The new collection takes inspiration from the fashion of the Swinging Sixties, with pinstriped shirts combined with polka-dot bow ties and velvet or silk shoes in popping colours such as orange and light blue.