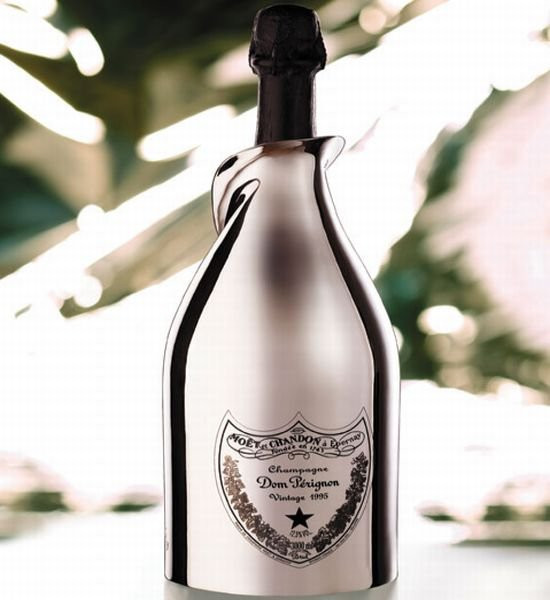 From white gold packaging to shipwrecked bottles, the world of Champagne has only one constant: price.

First things first: true Champagne comes only from that region in France and requires two fermentation processes, the second trapping carbon dioxide within the liquid to create that lovely effervescence.

In an age where only the best is good enough, it's important to know what your options are.

Cristal Brut 1990 'Methuselah' - This six-litre gold-labelled bottle has been dubbed the 'Methuselah' and was sold at a New York Sotheby's auction in 2005 for just over $17,000.
Dom Perignon White Gold Jeroboam - When Dom Perignon released this limited edition bottle in 2005 it became the most expensive Champagne in the world. Sold to commemorate the New Year, much of the $40,000 price tag on this 3-litre beauty came from the white gold bottleitself instead of the wine within.

Pernod-Ricard Perrier-Jouet - With only 100 sets released, this collection of twelve bottles of the delicious Champagne were marketed only to the highest of bidders. Clients will be provided with travel to Eastern France in order to have the choice of which liquer is used in their particular Champagne, with a storage nest for aging the Champagne included in the package as well. These lovely sets come in at around $50,000 each.

Shipwrecked 1907 Heidsieck - Not only the most expensive bottles of Champagne around, these rare beauties can also boast of having the most interesting history. They were intended to be sent to the Russian Imperial family in 1916 on a boat that was shipwrecked off the coast of Finland and were re-discovered in 1997. 200 bottles were found by wreck divers and sold exclusively to premier guests at the Ritz-Carlton hotel in Moscow for $275,000 a pop.