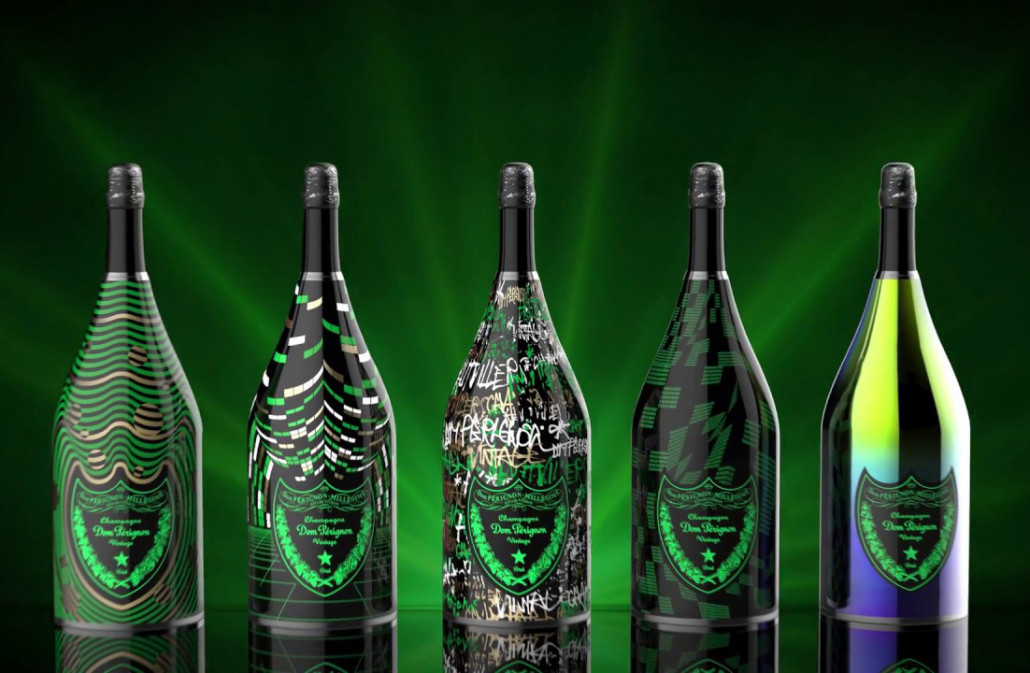 Called the Dom Pérignon Byblos Exclusive Series, each Methuselah bottle echoes a decade over the past half-century,

Dom Pérignon and Les Caves du Roy Saint-Tropez combined their artistic talents to create five bottles of the champagne producer’s 2003 vintage, five singular and unique works of art diffusing colours that sparkle and shimmer and change with the light.

Each of the five bottles echoes an individual decade and their own unique cortege of music, fashions and works of art, with the atmosphere of each decade engraved in the glass of each bottle.

Famous among hedonists around the world, Les Caves du Roy nightclub features the same look it has sported since its foundation 50 years ago, with baroque columns with gold brocade towering above VIP booths embroidered with the Byblos insignia and oriental touches.

Dom Pérignon is produced by the champagne house  Moët & Chandon and serves as that house's prestige champagne. It is named after Dom Pérignon a Benedictine monk who was an important quality pioneer for Champagne wine.