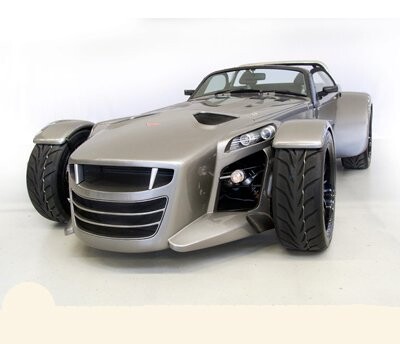 Billed as being one of the fastest sports cars on the European market, the first 25 of the lightweight Donkervoort GTO are reportedly to have already been sold.

Donkervoort, a relatively unknown manufacturer, have previously produced the D8, D8 270 and D8 GT which were all powered by a 1.8-litre turbocharged Audi engine producing 270bhp in the most recent cars.

The new GTO model still gets an Audi powerplant, but its five-cylinder turbo produces 340bhp, which can be increased to 400bhp at the touch of a button. It also come fitted with traction control.

Deliveries of the Donkervoort GTO are expected to begin in the middle of 2012, with a price-tag of around £100,000.