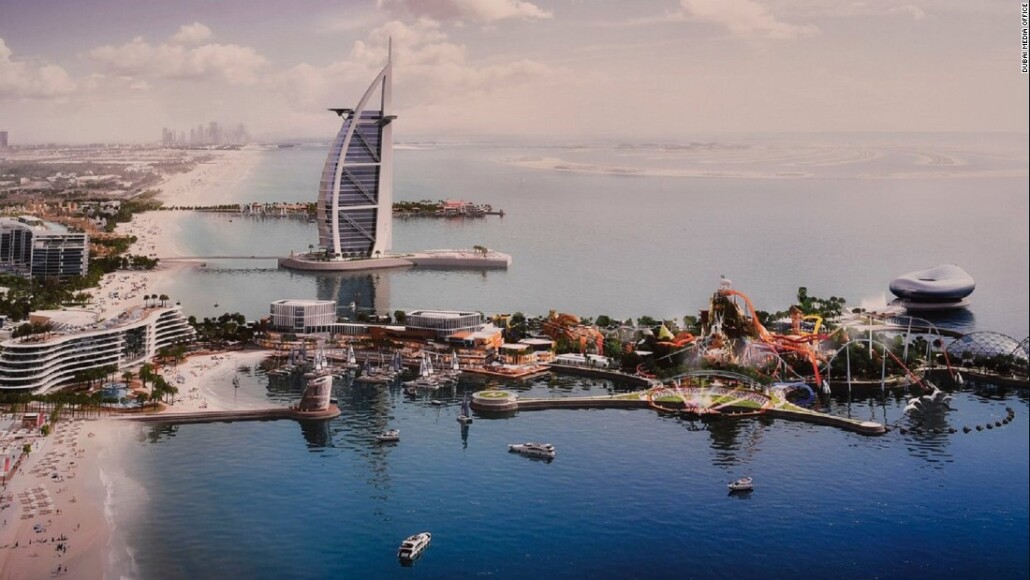 Global investment company Dubai Holding has unveiled plans for the construction of two man-made islands to be situated either side of the Burj Al Arab Jumeirah, the city's iconic sail-shaped hotel.

Called Marsa Al Arab, the four million square feet pair of islands is estimated to cost $1.72 billion, and will add 1.4 miles of beach to Dubai's coastline. With ground breaking scheduled for June, Dubai Holding say the islands will be completed late 2020.

Geared towards tourists, one island will include family-friendly resorts, a 2.5 million square-foot marine park and a custom built 1,700-seat theatre, home to the Middle East's first Cirque du Soleil show. It will also house 300 seafront apartments.

The second private island is set to host 14- luxury villas and marina for residents, along with a boutique hotel.

Marsa Al Arab will add 2,400 hotel rooms to the Jumeirah Group's portfolio. The group is part of Dubai Holding, which is majority-owned by Sheikh Mohammed bin Rashid Al Maktoum, the Ruler of Dubai.

Jumeriah Group have experience when it comes to man-made islands. They manage the Burj Al Arab, located 280 metres off Jumeirah Beach on artificial land first constructed in 1994.

Other artificial islands of grander scale and logistical complexity have followed the Burj, with differing levels of success, including the 9.6 square mile Palm Jumeirah, buiilt between 2001 and 2006, and luxury 300-island system The World, which was constructed 2.5 miles off the Dubai coast between 2003 and 2008.