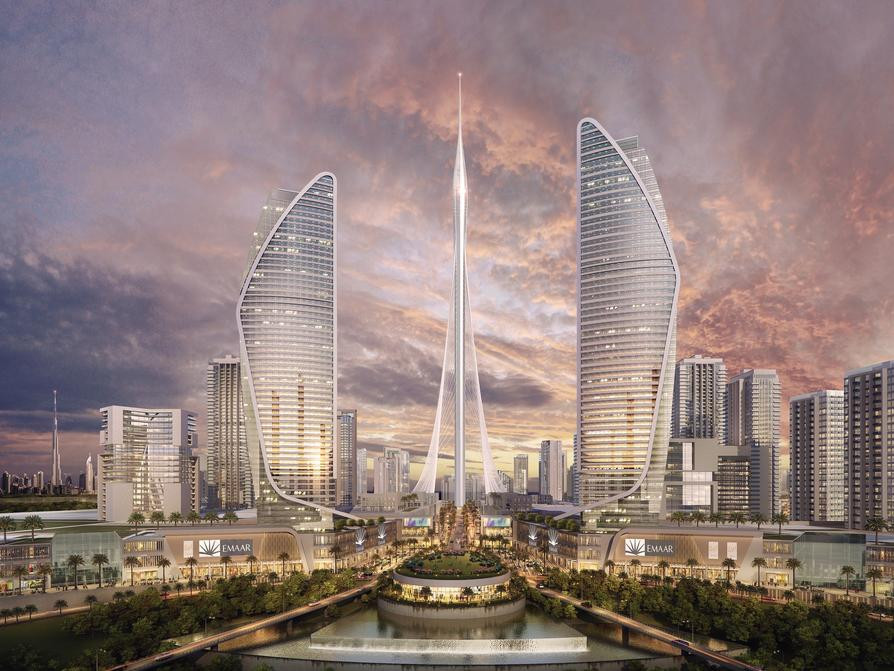 Dubai’s Largest Tower to Open in 2020

The iconic Burj Khalifa is set to be usurped as the tallest tower in Dubai by a stunning new structure that is slated to be completed by the turn of the decade.

Called the Dubai Creek Tower, the architectural masterpiece will add another distinctive feature to Dubai’s already-famous skyline – and a record breaking one too.

At 928-metres tall, the eye-catching tower will be taller than the 828-metre Burj Khalifa which opened in 2008.

A project by Emaar Properties and Dubai Holding, Dubai Creek Tower was designed by Santiago Calatrava Valls, a Spanish-Swiss architect and engineer, and will boast an observation deck offering panoramic city views.

Other features will include ‘The Pinnacle Room’ and ‘VIP Observation Garden Decks’ designed to recreate the ‘Hanging Gardens of Babylon’, one of the Seven Wonders of the Ancient World.

Earlier this month, Raffles luxury hotel in Dubai announced its plans to create what is claimed will be the world’s largest sky pool.