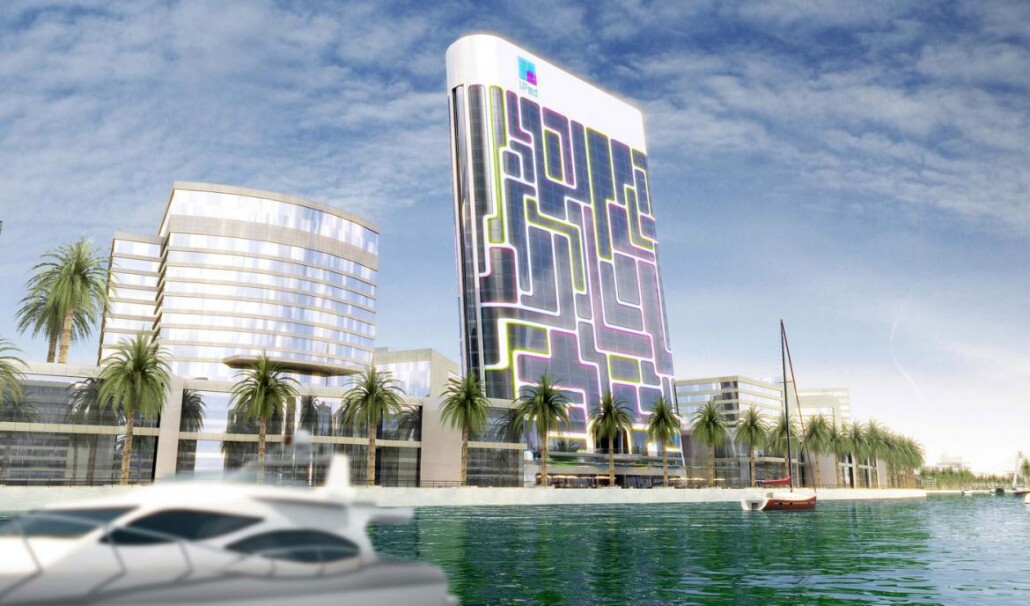 Dubai’s The Pad Building Concept An Ode to Smart Tech

More than ten years ago, developers in Dubai unveiled plans for a futuristic building that paid homage to the power of technology.

Inspired by the visual of a docked iPod, the building resembled a flat, titled brick and was known as the iPad tower.

Today, the concept has taken one step closer to reality and, in the process, has taken on the more conventional moniker of The Pad.

As one may expect, its 231 apartments feature an array of smart technology from a virtual reality projection wall that changes locations, to RFID (Radio-frequency Identification) tags instead of keys for apartments.

Furthermore, security and heating can also be managed using your smartphone, while the building also has toilets that can analyse its user’s health.

The architect behind the concept, James Law, says that he hopes that the technology incorporated into the building can be updated with time, ensuring it remains a sustainable project.

Earlier this month, BMW Designworks, the German carmaker’s creative consultancy, unveiled a prototype design for the Dubai hyperloop capsule that will be capable of traveling through vacuum-sealed tubes at speeds of 671 mph.