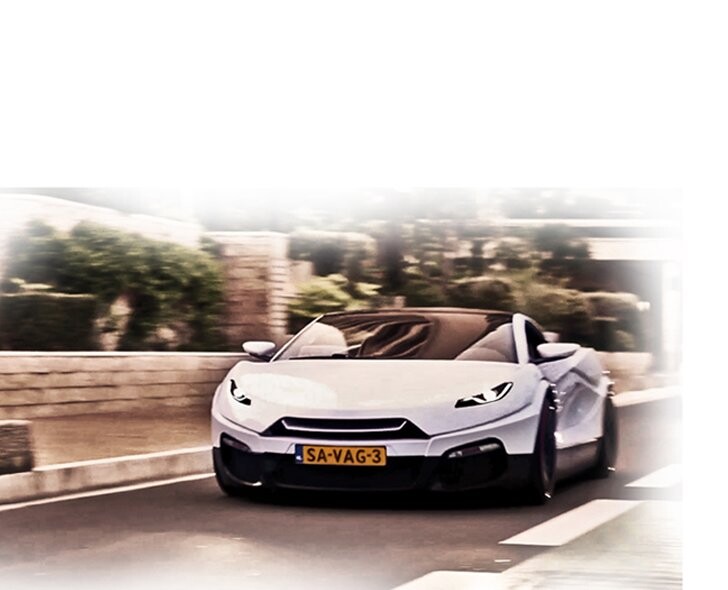 The worlds of sports cars and luxury yachts have always been strongly interlinked – but by tradition it is normally the former inspiring the latter.

Designs for the Roadyacht GTS were originally released in 2009, but Dutch duo Emile Pop and Justin de Boer are now said to be approaching completion, with the car set to be unveiled in 2012.

Boasting a 6.2 V8 petrol engine, the car generates up to 670HP, can go from 0-100km/ph in just 3.4 seconds and can reach speeds of 330km/ph. It features 4-doors that open up vertically, as well as Toyo alloy wheels with double wishbone configuration.

The car’s body is a combination of chrome molybdeme and carbon fibre panels on the sides, and will be available as a unit in 3 colours: wildfire orange, waterline white, and gunmetal grey.

The interior features alcantara leather, whilst the seating is based on a carbon fibre structure and is electronically controlled from the touch-screen control panel which also operates the wine cooler, digital music centre, and anti-theft system.

According to reports, three car enthusiasts have already pre-ordered the Roadyacht GTS in anticipation of delivery later this year.