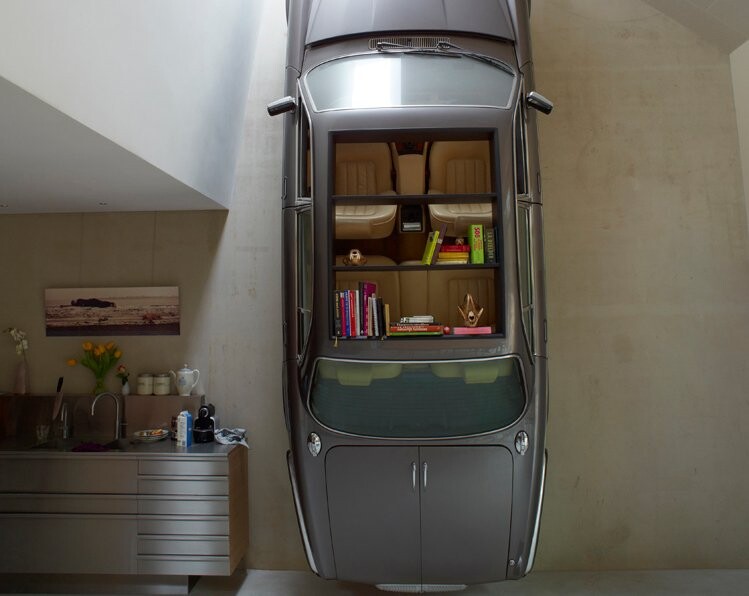 Designed for a project called Dutch Mountain, an eco-friendly house built halfway into a hill with a jutting roof resembling a mini-mountain, the car sits parked upright against the wall of the living room, with its roof making way for the shelving on which books can sit.

As well as the shelves, the trunk of the car has also been converted into a convenient cabinet.

The Jaguar had to go through a series of modifications to enable it to be used as a bookshelf, including drastically reducing its weight by removing the engine.

It is not the first time that designers have remodelled cars in order to transform them into household items. In 2009 Ford Motors released a pool table converted from a 1965 Mustang.

Denieuwegeneratie is an Amsterdam based company, founded in 2008