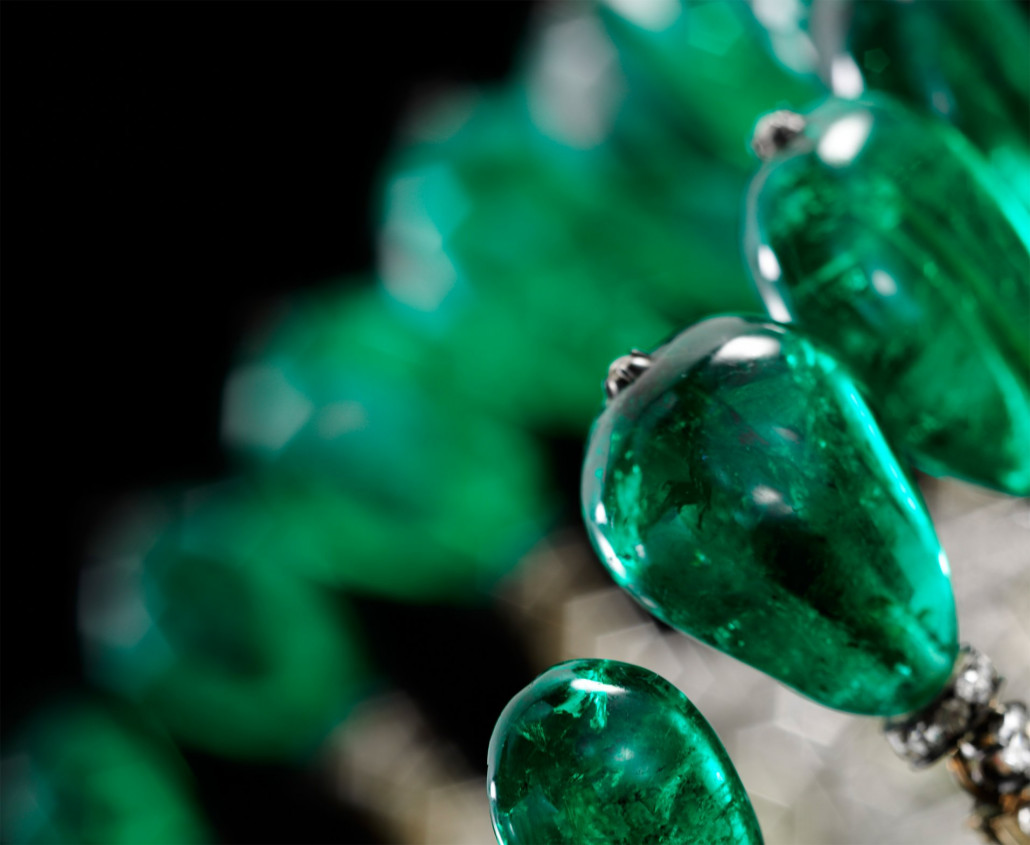 An emerald and diamond tiara was sold for 11.3 million Swiss Francs (£8 million) at a Sotheby’s auction in Geneva last week.

The tiara, which was estimated to sell for a maximum of 9.2 million Swiss Francs, was bought against competition from five other bidders at Sotheby’s bi-annual jewel auction in the Swiss capital.

Featuring 11 Colombian pear-shaped emerald drops weighing more than 500 carats, the bejewelled headdress was commissioned at the start of the 20th century by the Prussian mining magnate Guido Count von Henckel. Experts believe the jeweller Chaumet may have been responsible for its creation.

At the same auction, a pink diamond sold for 9.6 million Swiss Francs – the third highest price for a pink diamond at auction, Sotheby’s said. The privately-owned, emerald-cut diamond weighed 10.99 carats and was mounted on a platinum ring.

Industry experts believe diamonds are selling for higher figures than before the global recession, with rare coloured stones in particular continuing to command stratospheric prices.