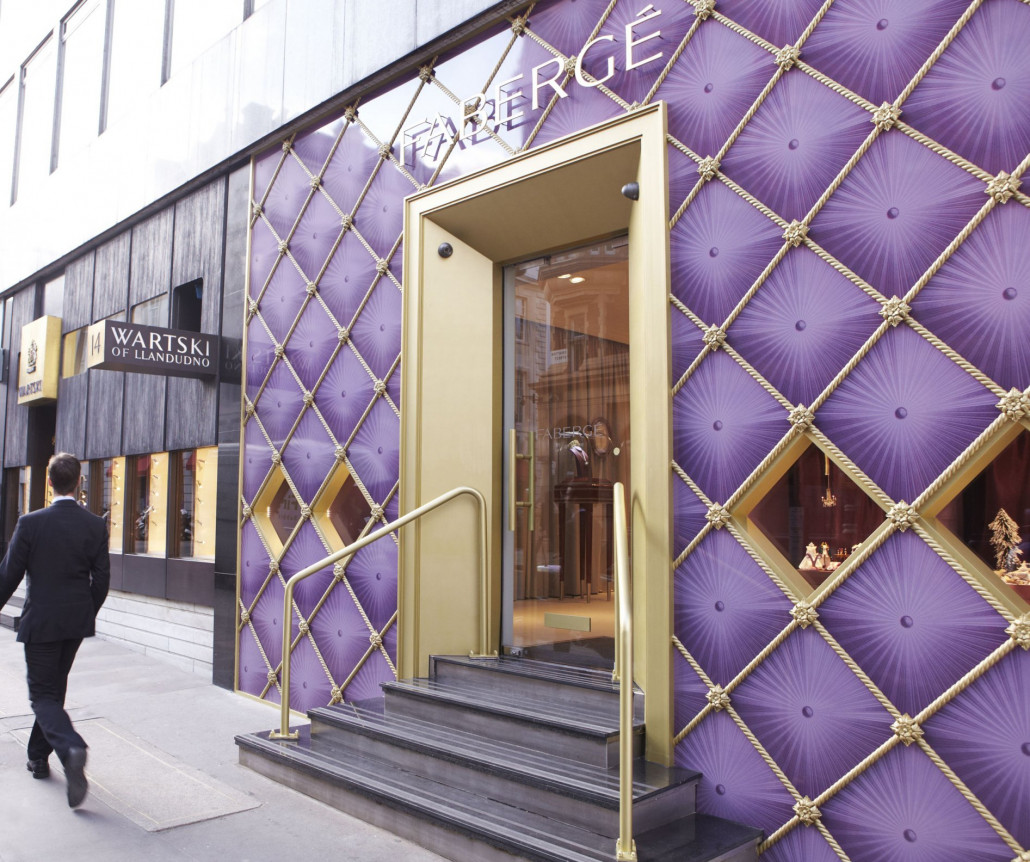 Iconic jewellery maker Fabergé has opened its first London boutique in almost a century, located in the prestigious district of Mayfair.

The new store features a striking lilac façade for the festive season, evoking the guilloche and enamel techniques for which Fabergé is renowned.

Fabergé first opened in London in 1906 at 48 Dover Street, moving to Bond Street in 1910, where it attracted the custom of royalty, nobility, tycoons, socialites and connoisseurs from around the world. However, due to the repatriation of Russian resources at the beginning of the First World War, the last Fabergé store in London closed in 1915.

Fabergé’s Managing and Creative Director, Katharina Flohr, said: “We are thrilled to open the doors to the first Fabergé boutique in London since 1915.

“This is an important moment for us and for Fabergé to continue Peter Carl Fabergé’s legacy of exquisite creations and outstanding craftsmanship.”

Following on from the London opening, Fabergé are also set to open another new store on New York’s Madison Avenue in spring 2012.

Fabergé was founded in St Petersburg, Russia, in 1842.