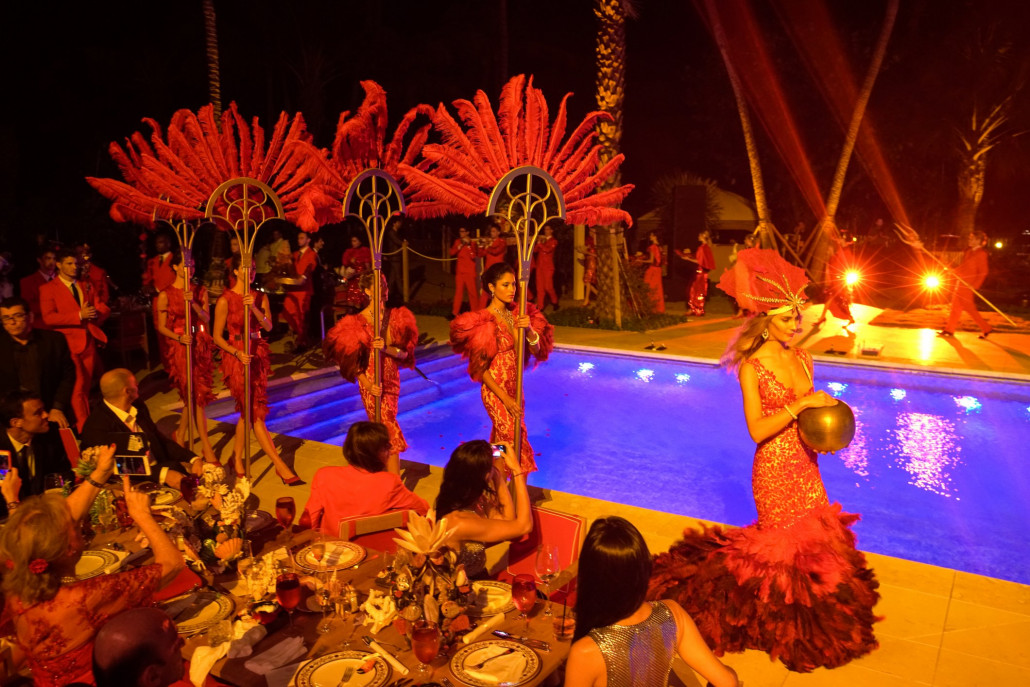 The opening of lavish new hotel located within the sprawling Faena District in Miami Beach was marked with a star-studded grand celebration.

The hotel is the latest addition to the ambitious hospitality, residential, retail and arts project created by Argentina hotelier and real estate developer Alan Faena.

Featuring 169 rooms, the Faena Hotel Miami Beach boasts an array of lavish amenities including a theatre showing live cabaret, a state-of-the-art Spa and a restaurant helmed by Argentinian chef Francis Mallmann. The top two floors of the building are taken up by 13 penthouse residences.

During the 1950’s and 60’s the hotel was a mecca for the rich and famous, and was graced by the presence of Hollywood icons including Frank Sinatra, Marilyn Monroe and Dean Martin.

To mark the new opening, contemporary guests from the worlds of movies, music and entertainment congregated at the luxurious new hotel. Guests were led from room to room, exploring the hotel and interacting with dancers and performers, including a piano presentation by Michael Nyman, a magical recital by New World Symphony, fireworks by the pool and a spectacular food procession.

A self-proclaimed “urban alchemist,” Alan Faena has been working to turn the Miami district into a new cultural hub, modelling the transformation on a similar project he masterminded in the Argentine captain of Buenos Aires.