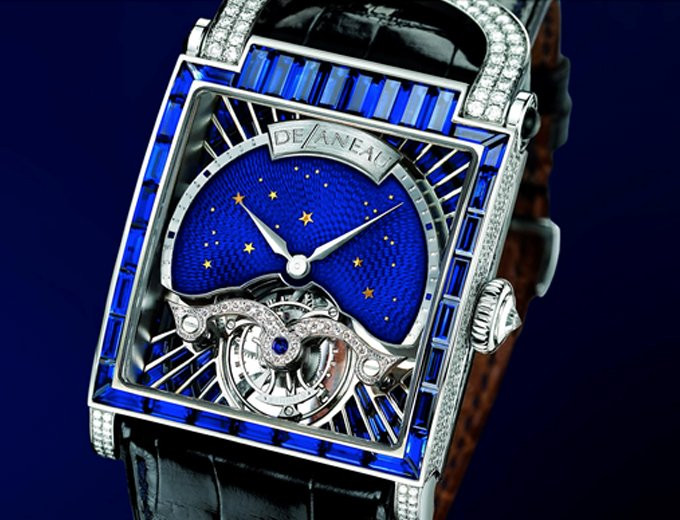 Feature: High Watchmaking is for Women Too

We women possess an attention to detail, a discerning eye and an affinity for beautiful things. Why wouldn’t we be attracted to haute horlogerie? High watchmaking combines technique, craft and aesthetics into a beautiful and practical daily accompaniment.

All watches used to be mechanical until the 1970’s hit and that battery-induced electrical quartz vibration nearly killed off an industry. Quartz is convenient, I’ll allow that. Put in a battery and your watch will run for years until the juice dries up. Except there’s no romance or passion in a quartz movement because it lacks the human touch.

By the mid-1980’s, the brands realized that there was still a market for mechanical watchmaking, resulting in a wonderful resurgence of creativity in design and technique. But this was only witnessed in the men’s pieces. Women were better off with quartz watches for the convenience.

It was thought we didn’t want to be hassled with having to remember to wind a watch or figure out how to reset a date if the mainspring ran down. Plus, we just couldn’t appreciate the synchronicity of all those little gears and moving parts in the perpetual calendar, chronograph—and forget about explaining the tourbillon. Conclusion: continue to jewel up the watches because women like bling but best not to waste time putting in a mechanical movement.

Did I mention that a good majority of mechanical watches are automatic? Which means you don’t have to wind them. The motion of your arm swings a little rotor that goes around and tightens the spring, providing the energy.

But, let’s hold off getting into the mechanics for a few moments. Let’s get down to dollars and cents. It’s relatively inexpensive to produce a quartz movement. Put it in a nice case with jewels and you’ve got yourself an attractive piece that has a very healthy profit margin. If you decide you want to resell your quartz watch, you’ll be in for a big surprise. It’s worth 10-20cents on the dollar, if you’re lucky. 99% of watches depreciate on the aftermarket, but quartz watches take the biggest hit.

If someone explains a mechanical watch, it’s easy to understand. A chronograph, perpetual calendar, and power reserve are all just functions on a watch. The more you have, the more complicated it is; hence, why they’re referred to as complications. A tourbillon might look incomprehensible but it’s really just the escapement (regulating mechanism) moving around in a cage to defy gravity and improve timekeeping.

At the upper levels, a mechanical movement is really like a work of art and that’s why so many mechanical watches have a sapphire crystal back. Here you can see behind the curtain how a watch works. There’s complex anglage and different decorating techniques such as Geneva stripes and perlage. Some even have blued screws in gold chatons.

While a lot of women choose to wear men’s watches these days because it is the style, there are some fabulous pieces made specifically for women. The brands are starting to get on board and realizing we want the same quality and consideration they give men. Whether you’re a woman who likes jewels or one who prefers a less dolled-up look, there are loads of options to choose from.

Meehna Goldsmith is the Editor-in-Chief at the Christie’s watch blog, Longitude. She has written about watches for publications including the "Financial Times", "Robb Report", "International Watch" and “Business Insider”.