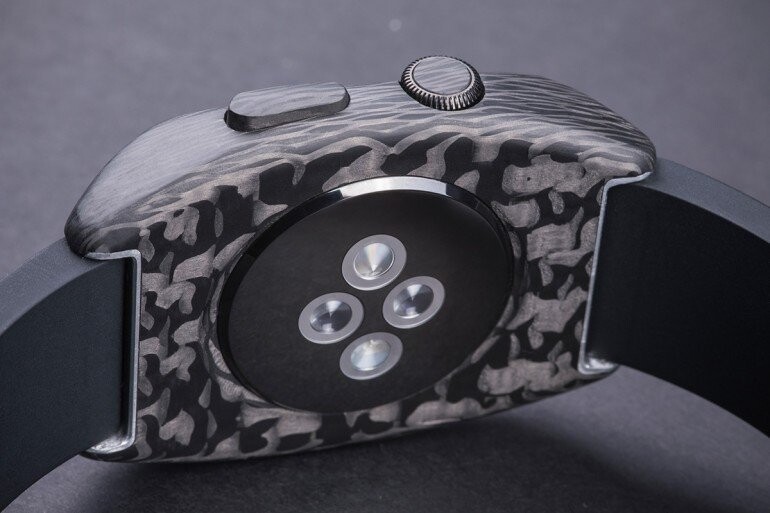 The new housing comprises of a single piece of carbon fibre, with the material extended to the button and a portion of the crown as well.

Founded in 2008, Feld & Volk is an association of artists and engineers who create unique devices based on popular mobile devices.

They are known for their Apple restyling credentials that have won the hearts of Apple loyalists consistently.

The price of the carbon fibre Apple Watch has not yet been announced.