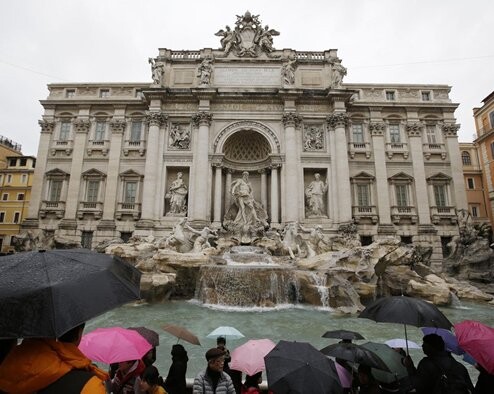 World-renowned Italian fashion brand Fendi is to donate €2.1 million to the restoration of the iconic Trevi Fountain in Rome.

The project was taken up by Fendi CEO Silvia Venturini Fendi and head designer Karl Lagerfeld who believe it is essential to the image of Italy for such famous sites to be preserved.

Over 20 months, a complete overhaul of the fountain will take place, including cleaning the façade and statues, re-waterproofing the main basin and replacing the gilded Latin inscriptions.
A small plaque will be erected by the fountain to commemorate Fendi’s role in the restoration

Fendi is also donating €417,000 to restore another of Rome’s landmarks, the Quattro Fontane, a group of four Late Renaissance fountains.

It is not the first time an Italian fashion house has financed a restoration project in the Eternal City: previously Tod’s footwear stumped up $34 million to restore the world famous Colosseum.

The Trevi fountain is one of the most iconic landmarks in Italy, and has featured in movies such as “La Dolce Vita.”